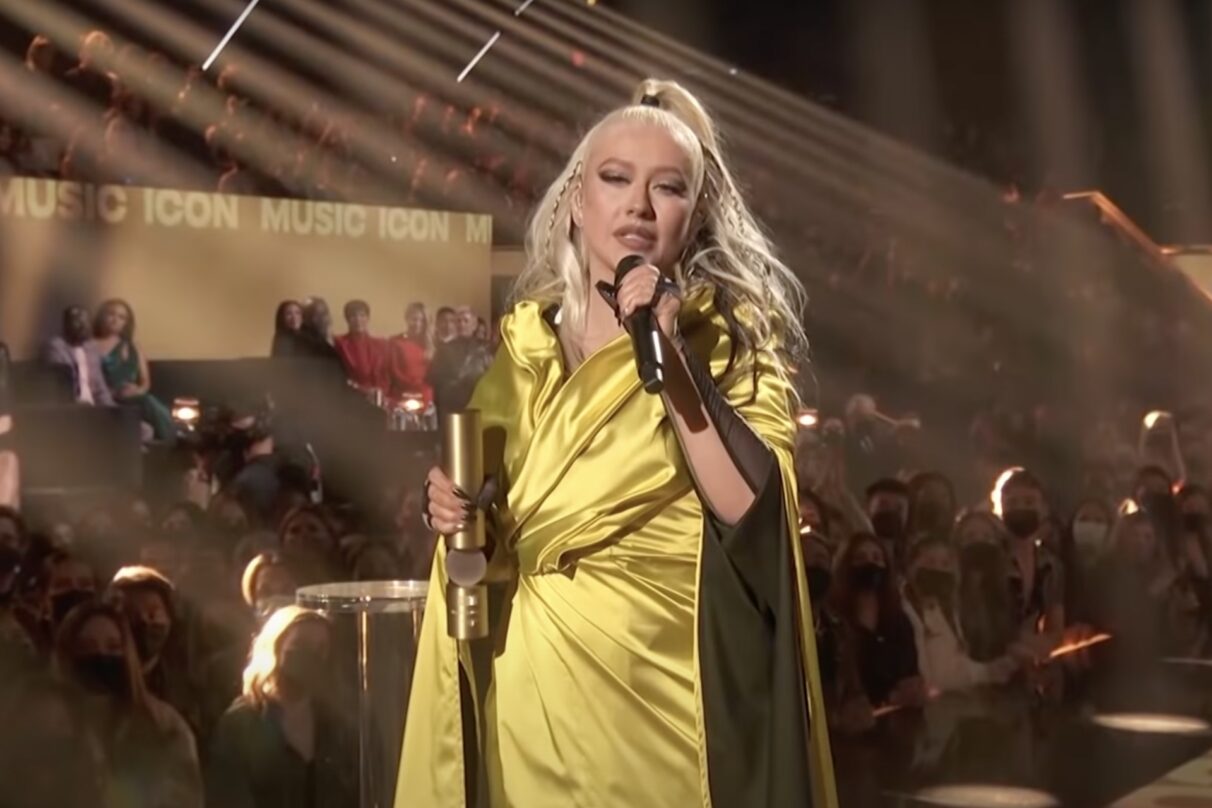 “I have always strived for my music to communicate messages of empowerment, whether it’s speaking my own truths or giving voice to those unable to do so on their own,” Aguilera said during her acceptance speech. “My artistry has always been for the fighters in this world, for those who face adversity, for those wanting to evoke change, my music is for you.”

Aguilera said that over the years, she has heard how much her music has impacted her fans. “Believing in yourself is often the biggest obstacle of all,” she said. “Thank you for your stories. Thank you for listening. And thank you for fighting. You inspire me every day.”

Before accepting her award Tuesday night, Aguilera brought down the house with an impressive performance on stage. She sang a medley of some of her most popular songs, including “Dirty,” “Fighter,” and “Beautiful.” She kicked off the performance with a more solemn rendition of “Genie in a Bottle.” The last time Aguilera performed at the ceremony was in 2013 when she received the “People’s Voice” award.

Christina Aguilera has always been one of my favorite live performers and tonight was no exception. #PeoplesChoiceAwards #ChristinaAguilera #PCAs pic.twitter.com/e7E1jAHZY7

Fellow musicians and fans heard Aguilera loud and clear. Even rocker Adam Lambert took time out to tweet how much he liked her performance. “Wow! This is how you SIIIIIIING kids,” he wrote.

Wow! This is how you SIIIIIIING kids. Christina Aguilera Lights Up the Stage | 2021 People's Choice Awards https://t.co/7reL2B8Xzn via @YouTube

Aguilera’s fans were quick to tell her how much she deserves an award from her own listeners.

CONGRATULATIONS TO MY QUEEN AND MY ONLY ICON!!! YOU TRULY DESERVE THE @peopleschoice MUSIC ICON!!!! @xtina !!!! I love you Christina Aguilera 😭😭😭😭🔥🔥🔥♥️♥️♥️♥️🇵🇭🇵🇭🇵🇭🇵🇭