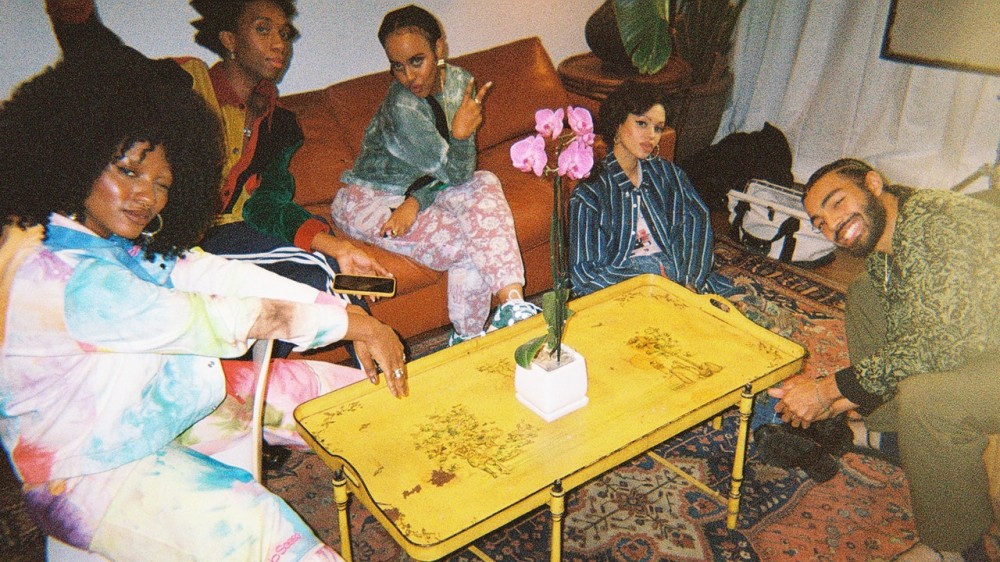 In the spirit of recognizing the flawed, biased nature of award nominations, let us take you back to Little Richard’s turn as a presenter at the Grammys in 1988. The rock and roll pioneer had never been nominated for a Grammy and reminded the audience of that fact when he took to the stage that night. While presenting the Best New Artist award with rocker David Johansen, he pointed to Johansen’s pompadour and said “I used to wear my hair like that. They take everything I get, they take it from me.” Laughter and applause ensued. Then Richard announced that the “Best new artist is…. Me. Y'all ain’t never gave me no Grammy and I been singing for years. I am the architect of rock 'n' roll and they never gave me nothing. And I am the originator!” It was a viral moment before the phrase even had meaning.

That clip opens Blacktag’s first short film, “Black Art is Black Money,” and serves as a mission statement for the online platform for Black creatives directed by co-founders Akin Adebowale and Ousman Sahko Sow. “Our core message is the idea that Black economic power should equate Black creative power,” says Adebowale. “This is really to charge our creator community and help them understand our power, the power we have contributed to history and to now, and also the future.”

Blacktag seeks to elevate Black creators and connect them with both fans and brands. In the fall, it received $3.75 million in seed funding from an investment partnership between Creative Artists Agency and New Enterprise Associates. Issa Rae and Common are also partnered with Blacktag to make original content. Chefs, artists, musicians, and creatives from various other disciples can set up their own profiles. (Creators can sign up through their website).

Launching online on February 9 with the exclusive on Vogue today, “Black Art is Black Money” is a moment for Adebowale and Sahko Sow to engage and galvanize a new audience and customer base for Blacktag. The video stars six Black creatives, five of whom sit around with a book called White Book of Atrocities (a prop coffee table book filled with instances of cultural appropriation, created by Blacktag) discussing how Black culture has been the catalyst for so many trends, and yet Black creatives rarely reap the financial rewards. The artists, Parker Kit Hill, Gabrielle Richardson, Eloisa Santos, Miski, and Sage Elsesser have an easy rapport, which adds a levity and humor to the educational nature of the script. “This idea of everyone at the table was really important to us,” Sahko Sow says of the casting, adding that it was important to represent diversity within the Black community as well. “We’re excited to break the monolithic stereotype around Black creativity. The world needs to see more stories around Blackness globally, not just in the US.”

The film offers an extensive but hardly exhaustive list of Black cultural contributions, from rock n roll and techno to the influence of African art on Cubism. One of the most striking parts of the short comes towards the end, when Jalaiah Harmon—creator of the most popular dance on TikTok but not the most popular dancer on the app—performs a series of dance moves derived from Black cultures, ranging from the Charleston and the Juba to the woah and the dab.

You can see the clip below, and keep an eye out for more content from Blacktag down the line—they’re just getting started. “Anytime we’re in a conversation with somebody and we’re debating this idea of singling out Black or being more general, we always communicate with them that it’s less about separation and more about celebration,” Adebowale says. “We can’t pretend all is good and we live in a utopia. That imbalance needs to be made up for.”