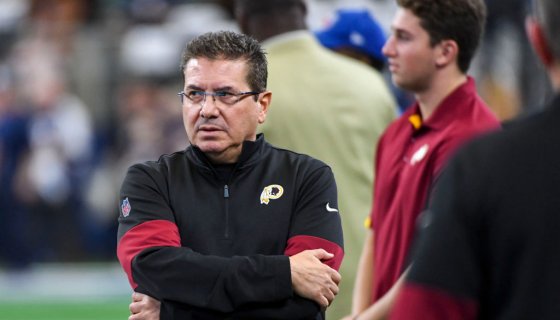 The is once again in the news for causing offense, but this time it’s not .

On Thursday (Jul 16),  The Washington Post broke the news of the allegation that the senior staffers of the were being accused of ual assault by more than 15 women. Accompanied by both testimonies and screenshots of text messages, the expose revealed text messages in which the team’s assistant director of pro personnel, Richard Mann II, made inappropriate, and ual comments to a female employee.

In one text message posted in the expose, Mann told a female employee he and his colleagues debated whether her breasts had been surgically enhanced and in another text message told another female employee to expect an “inappropriate hug … And don’t worry that will be a stapler in my pocket, nothing else.”

Former employees also accused Larry Michael, the team’s former senior vice president of content and play-by-play announcer, of talking about the attractiveness of a college intern in 2018 when he was being recorded for a team video, the newspaper reported.

“The voice of the Washington NFL Team” was overheard routinely discussed the physical appearance of female colleagues in ual and disparaging overtones. In 2018, Michael was caught on a “hot mic” speaking about the attractiveness of a college-aged intern, according to six former employees who heard the recording. The recent allegation resulted in Michael’s immediate retirement, which was announced Wednesday.

Although owner Dan Snyder and former team president Bruce Allen were not directly implicated in the ual harassment allegations brought by the female employees, Snyder was criticized for allegedly fostering a culture in which the behavior was permitted.

“With such a toxic, mood-driven environment and the owner behaving like he does,” Julia Payne, the team’s former vice-president of communications said, “how could anyone think these women would go to HR?”

The NFL said it would meet with attorneys after the investigation concludes and “take any action based on the findings.”

“These matters as reported are serious, disturbing, and contrary to the NFL’s values. Everyone in the NFL has the right to work in an environment free from any and all forms of harassment,” an NFL statement said. “Washington has engaged outside counsel to conduct a thorough investigation into these allegations. The club has pledged that it will give its full cooperation to the investigator and we expect the club and all employees to do so.”

According to CNN, during a press conference, the Washington NFL team addressed the expose, saying the team had hired attorney Beth Wilkinson of Wilkinson Walsh LLP “to conduct a thorough independent review of this entire matter and help the team set new employee standards for the future,” before stopping short of revealing what part, if not all, of the claims they were investigating.

“The Washington Redskins football team takes issues of employee conduct seriously. While we do not speak to specific employee situations publicly when new allegations of conduct are brought forward that are contrary to these policies, we address them promptly,” the team said in a statement.

While the team is undergoing changes in the corporate office, the organization has finally decided to move forward with the as the team name. Earlier this month, the team announced an internal review of the name after pressure from corporate sponsors, including FedEx, and some brands, including Nike and Amazon, removed the team’s merchandise from their online stores.

On Monday (Jul 13), the team announced it will , before adding that a new name has not been announced yet. In a statement issued regarding the decision, the team noted that Snyder and head coach Ron Rivera “are working closely to develop a new name and design approach.”