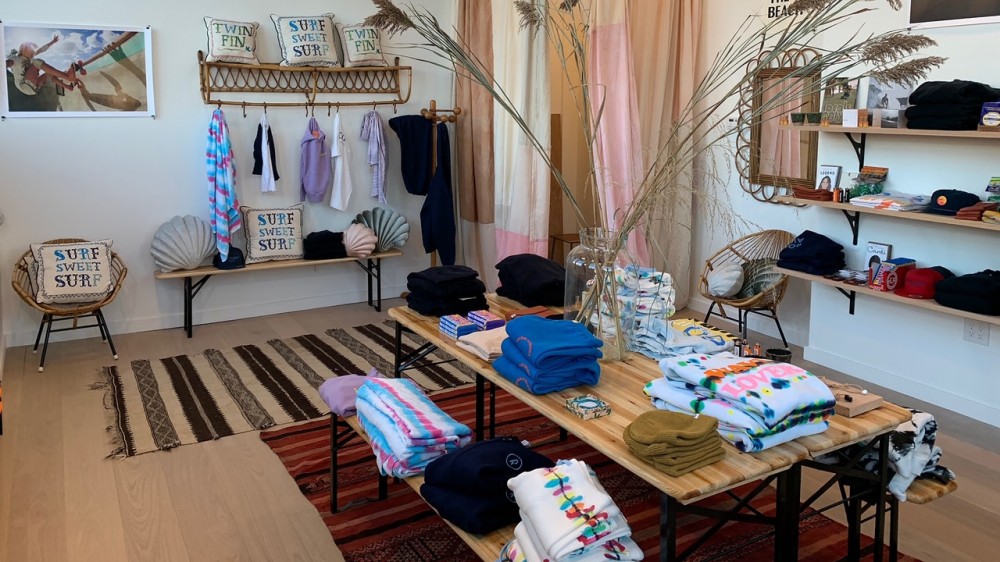 On March 15, Winnie Beattie announced on Instagram that her Nolita shop, Warm, would close for two weeks as the city entered lockdown. She couldn’t have known that two weeks would turn into two months, and then seven—or that March 15 would, in fact, be her store’s last day in business. Beattie and her husband, Rob Magnotta, made the decision to close their shop permanently earlier this summer after 100 days of hanging in. But even those first two weeks of lost revenue were crippling for Warm’s bottom line; as an independent business, Beattie simply couldn’t afford to wait for New York retail to bounce back.

While the energy in New York feels partly revived (thanks to a combination of better weather, low COVID-19 cases, and outdoor dining), retail and restaurants continue to struggle. On the ever-growing list of closures, you rarely see a big-box chain or luxury designer; unsurprisingly, it’s mainly the little guys, the ones who bring the most character to our neighborhoods. Just like our favorite restaurants (RIP, The Fat Radish), Warm was a fixture with a real community, a store we all went out of our way to visit even as e-commerce grew. It was, as its name suggests, a warm, comforting, discovery-filled escape stocked with hard-to-find treasures, from Free & Easy T-shirts to colorful pottery and French designers you’ve never heard of.

Being independent made all of that possible, but it also made staying open increasingly difficult. Over the summer, Beattie, Magnotta, and their three boys were spending most of their time in Amagansett, New York—they’re all avid surfers—and Beattie kept riding her bike past an empty storefront. This was in July, when the fate of her Nolita store was still hanging in the balance; when it was broken into and robbed, Beattie took it as a sign to call the vacant space’s realtor. She was happily surprised by the rent and signed a 90-day lease, then shuttled all of her merchandise and decor from New York to the beach. “We entered into it thinking we’d just sell off the merchandise we had, and it would at least help us pay off half of our debt,” Beattie says. “But much to our surprise, the store did really well.”

Compared to the city, the mood on Long Island was noticeably calmer, and coronavirus cases were significantly lower. Locals were looking for sparks of joy and easy clothes to lift their spirits: Beattie’s printed cotton dresses, soft blouses, tie-dyed sweatshirts, and slip-on sneakers flew off the shelves. “A housedress is the new sweatpant,” she joked. “If you have a cozy, flowy dress on, you can literally sit on your sofa with a glass of wine, or you can go to an outdoor dinner. I think women want clothes that can do both.”

Three months later, the Amagansett shop is still up and running. As the saying goes, when one door closes, another one opens—but in this case, it’s actually three doors opening. Warm has two more outposts starting this week: One in Darien, Connecticut, a result of Beattie’s CFO relocating there and discovering both a surplus of affordable real estate and a glaring lack of indie spots like Warm. “We used to say we’d never open a store outside of New York, and now we’re opening our second store outside of New York,” Beattie adds. “And we’re really excited about it. There are a lot of people outside of the city with spending power and style, and who may not be venturing into SoHo as much to shop.”

She painted and decorated the Darien space in the same colorful, beachy spirit as her other shops, but the offering will be slightly more refined; think Giada Forte blazers and Vanessa Bruno dresses. “I’m excited to have Vans mixed in too, and things you wouldn’t traditionally see under one roof there,” she adds.

In stark contrast to Darien’s vibe is Warm’s third new outpost at the arty new Rockaway Hotel. Think of it as an upgraded “hotel gift shop” with all the bikinis, flip-flops, sweats, and beachy clothes you could ever want. “We’ve always said Warm is about mixing the city and the beach,” she adds. “We also felt that as long as [air] travel is going to be impacted, more and more people will want to spend their weekends in the Rockaways.”

Warm’s unanticipated expansion tells two stories: That the opportunities for independent retail are actually growing in smaller, underserved cities, and—on a less uplifting note—that New York is becoming increasingly prohibitive for small businesses. “We didn’t just leave New York because we were over the city or wanted to be at the beach,” Beattie says. “With our rent being what it was, we had no chance of surviving in that location. We couldn’t afford school tuition anymore, or the five-figure rent on the store…. Our PPP loan went entirely to paying our former landlords. It cost us every bit of savings that we had, really.”

There are thousands of other business owners and creatives like Beattie who are trying to figure out their next move. In the fashion space, many have already closed their doors, including Totokaelo, Opening Ceremony, and Jeffrey. It doesn’t paint an optimistic picture for New York’s fashion community. “Unless there is a huge adjustment in [store] rents in New York, I do fear they will remain empty for a long time,” Beattie says. “The beauty of New York is small businesses, and when the rents are so prohibitive, especially when there are fewer people around [due to the pandemic], it makes it almost impossible for anyone who isn’t a big-box retailer. Our dream is absolutely to reopen in the city again—it is the heart of this brand and has inspired so much of it. But I think it’s going to be a second before we’re able to go back.”