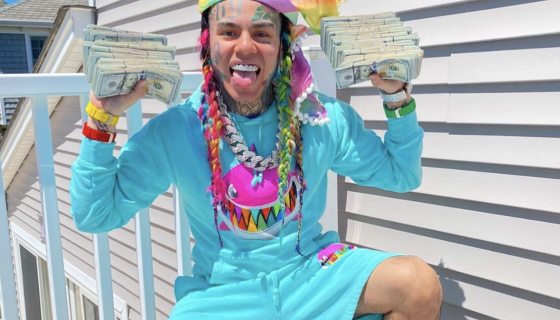 For a trolling and snitching savant, Tekashi 6ix9ine manages to avoid repercussions. The Brooklyn rapper’s Instagram will be allowed to stay up despite concerns it may have violated the platform’s offender policies.

In case you missed it, before , he was caught up in at a video shoot. Tekashi and he was sentenced to four years probation in 2018.

However, according to Facebook, this doesn’t qualify him as a offender, technically, due to his age at the time.

Here’s the deal … 6ix9ine ran into some legal trouble even before he hit it big. When he was younger — age 18 — he pled guilty to one count of Use of a Child in a Sexual Performance.

In light of that, folks started asking why he’s even allowed to have an IG since Facebook — the parent company — has explicit terms saying convicted offenders are barred from the platform. FB said his account would be put under review.

We’ve got an update on that review from the folks at FB and Instagram — and it’s basically this … Tekashi is NOT technically in violation of FB/IG’s offender policy, at least that’s how they’re viewing it.

A source at Instagram tells us … FB and IG took a hard look at his record, and turns out … they found the guy’s case — which went down in NY — and saw he was adjudicated as a “youthful offender” which is different from having an adult criminal conviction.

As a result, our source tells us Facebook will not be removing his account, as they don’t believe — based on their interpretation of things — he meets the criteria that would mark him as a offender. Look it up yourself … Tekashi (whose real name is Daniel Hernandez) does not appear on the state’s offender registry.

This guy has a whole lot of lives.

Tekashi’s single with Nicki Minaj, “Trollz,” apparently went no. 1, and he won’t let anyone forget it.