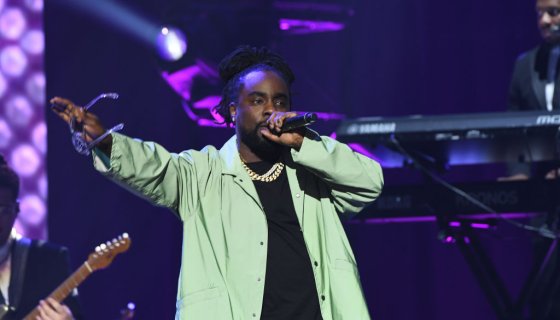 has been known to speak his mind when it comes to the music industry and the pressures that come with being an entertainer, so when he pulled up to ’s podcast fans were prepared to get real.

On Sunday (Feb. 23) the full interview for the Wale and interview for the Pull Up Podcast was released and it did not disappoint. During the almost two-hour interview, the duo discussed a myriad of topics including Wale’s mainstream dealing with pressure and anxiety within the industry, and his relationship between his current labels, MMG and Warner Bros; but it wasn’t all pleasantries.

At one point during the interview, fans notice that Wale appears to be standoffish with Budden, particularly when Joe kept referring to him as a “famous person.” In the interview, Joe was expressing how he “hates famous people,” adding that he feels “famous people live in another dimension.” Not one to let shade slide, Wale responded to Budden’s remark before he could finish his thoughts.

“Aren’t you on a TV show? Don’t you have a podcast that is one of the biggest podcasts in the world? Aren’t you interviewing one of the greatest rappers of all time right now?” Wale asked. “What does that do to you?”

To which Budden slyly replied yes to all the questions before noting that his accomplishments made him “popular not famous,” to which Wale disagrees before dismissing the notion and moving on to the next question saying: “Famous. Next question.”

Although the interview had some tense moments, Hip-Hop’s two emotional emcees definitely shared a few laughs before getting real about industry pressures and how dealing with anxiety in the industry and how accepting the notion “you can’t please everyone” helped take the pressure off.

”I just realized like there are people out there that won’t like you no matter what and for no reason,” Wale said. “It hurt when I first got in the game because I would be putting out great music and people just seemed like they wasn’t f*cking with it. Then you get people in your head saying it’s because you didn’t speak to this person or that person and now it’s paranoia in your head. At one point I used to sit in the car before interviews and prepare myself like, ‘ok, you’re about to go in this interview, make sure you speak to everybody,’ because I was terrified that they would see me as being a certain way.”