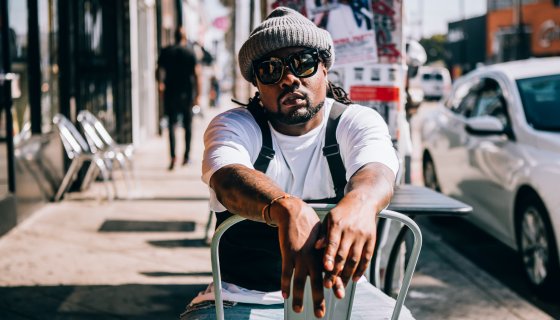 has been keeping busy during these tumultuous times. Besides keeping tabs on his socials and , today (June 19), the Washington, DC rapper dropped a new EP titled The Imperfect Storm.

Wale's new album features the photo of our store the night of the Fairfax riot. The first track has a nod to my essay. Out NOW. https://t.co/fFm1dKgs3g

The project’s themes line up with the Juneteenth holiday it drops on as well as the unrest being experienced throughout the United States, and the world. Wale’s last proper album, Wow…That’s Crazy, dropped late last year, but this surprise EP was inspired by the Black Lives Matter movement and Mr. Folarin was moved to get it out stat.

Just six tracks deep, the guest list includes Eric Bellinger and McClenney. The single “June 5th / QueenZnGodZ” is the one.

Available on the usual streaming platforms Warner Records, you can listen to The Imperfect Storm below. The cover art was cooked up by Kenny Huyng (@shadowmoses) and protestors can be seen in the darkness behind flames in front of the Hundreds store in Fairfax, CA.