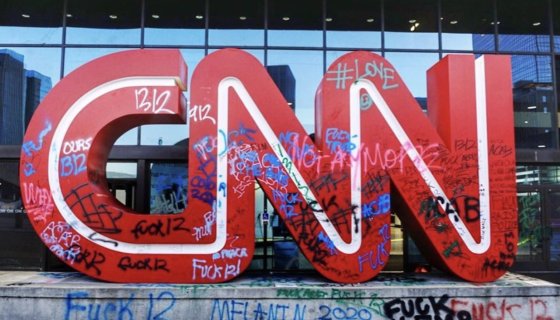 Atlanta is painted as a Black utopia with its affluent and successful Black establishments, cultural exporting significance in entertainment and celebrity, and the city’s black ass leadership with . Some, like rapper T.I., affectionately describe it as a real-world , partly because Black Panther was filmed there, but in reality, the underbelly of the city led by Black mayors for almost 50 years is quite seedy.

George Floyd’s very public execution at the hands of the Minneapolis police galvanized the Black Lives Matter movement in the Twin Cities but Georgia natives were still reeling from the loss of Ahmaud Arbery, who was murdered by white supremacists while jogging in Brunswick, Ga.

As the nation became inflamed over witnessing what Black people have endured for decades, protests started mounting. Atlanta protestors gathered at the Georgia capital to demand justice for Floyd, Arbery, and Breonna Taylor, who was murdered in her bed in cold blood by Louisville police conducting a now-illegal no-knock warrant.

“We are done dying,” that was what protestors wanted the world to hear.

The tension was high.

Following the riots in Minneapolis, the protests in Atlanta also turned ugly as shots of police cars set aflame, looting, and destroyed buildings dominated the news. The showdown at Atlanta-based CNN headquarters was symbolically front and center. A news conference with Atlanta’s Mayor Keisha Lance Bottoms featured some of the city’s most visible residents with rappers T.I. and Killer Mike pleading for residents to not burn down their ‘Wakanda’ went viral.

Georgia officials tried to restore order with the mayor ordering a city-wide curfew with Gov. Brian Kemp eventually calling in the National Guard. Atlanta cops caught more fire from the public when they were caught on the local news cameras brutalizing local college students that were just trying to return home safely; All of the officers involved in the incident were promptly fired and charged. Mayor Bottoms tried to show that Atlanta was different. Yet at that point, the killers of Floyd were still walking free. Mayor Bottoms didn’t want the image of Atlanta as the nation’s Black Mecca to unravel.

But then 27-year-old Rayshard Brooks fell asleep in his car in a Wendy’s parking lot and everything came to a halt after Brooks was shot in the back while running away. Two weeks after Floyd’s death caused nationwide civil unrest not seen since Rodney King riots in Los Angeles, Atlanta police turned what should’ve been a routine call of dealing with a man that was too drunk to operate his vehicle to drive home into another hashtag that we’ve added to the long yet still growing list of unarmed black people killed by police.

Garrett Rolfe, the officer responsible for the death, was immediately fired and prosecutors are weighing the charges against the former police officer. Atlanta’s police chief Erika Shields, a Black woman, later resigned following the shooting. Many officers have stepped down from the force in protest of how the mayor fired the officers from recent events, alleging it was done “without due process.” Morale within Atlanta’s police force is reportedly at an “all-time low.”

“If that shot was fired for some reason other than to save that officer’s life or to prevent injury to him or others then that shooting is not justified under the law,” Fulton County district attorney Paul Howard said in recent media comments captured by the AFP news agency.

An autopsy report confirmed that Brooks died of two gunshot wounds to the back. We are still dying.

As the protests for Floyd leveled out in Atlanta, new protests emerged at the scene of the murder. Protestors burned down the Wendy’s location where Brooks’ life was taken away.

As calls for police reform and racial justice dominate the conversation, Atlanta’s two most politically prominent black women are on the Vice President shortlist to become the running mate for Democratic nominee, former Vice President Joe Biden. The aforementioned Mayor Bottoms and Georgia’s most recent Democratic candidate for Governor, Stacey Abrams are both on record stating that Brooks was murdered.

“The decision to shoot him in the back was one made out of maybe impatience or frustration or panic, but it was not one that justifies deadly force,” Abrams told CNN. “It was murder.”