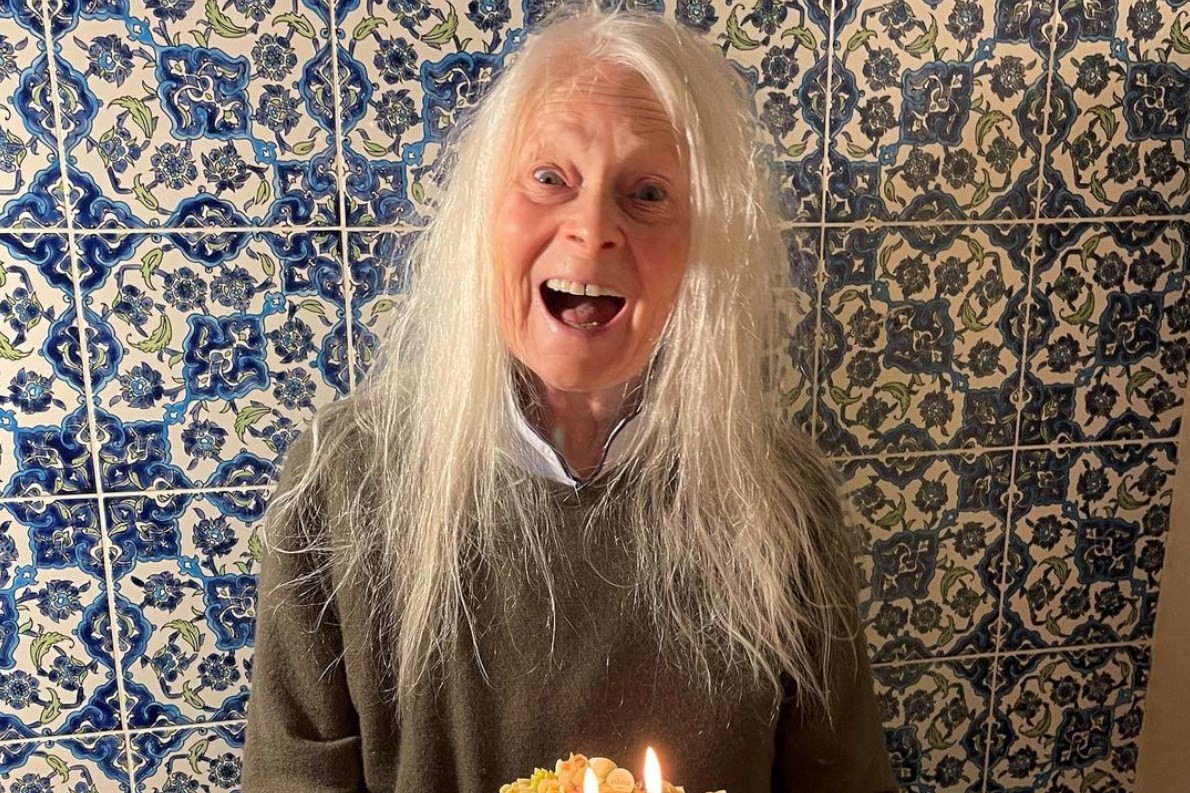 A protest picnic was held in honour of Julian Assange’s 50th birthday on the lawn of Parliament Square in Westminster this weekend (July 3). Among supporters was Vivienne Westwood, who spoke to the campaigners over a megaphone. “Julian Assange is a victim of the war machine, halt climate change, stop war,” she read from a sheet of paper, “he’s a freedom fighter, and happy birthday, because the only thing that keeps him alive is the hope that he will be released.”

In a moment of defiance, Westwood dug her hands into a slab of pristine cake which had been laid out on a trestle table for revellers, and smeared the contents over her face. “This is what I mean by corruption,” she said, tacking pieces of white icing to her cheeks, “the whole world is sick”.

Assange, the Wikileaks co-founder, is currently being held in maximum security prison Belmarsh on accounts of espionage, having allegedly conspired to hack into US military databases and publish information about the Iraq and Afghanistan wars. Back in January, a UK judge rejected the extradition of Assange to the US, where he could face the death penalty, on citation of poor mental health. That decision has since been appealed, however – President Joe Biden plans to have Assange stand trial, as The Guardian reported in February.

“It’s as difficult to save the world from climate change as it is to free Julian Assange,” Westwood told the press. Cake smearing is but old rope for Westwood, though, who, beyond political showdowns on the runway, has often employed weird and wonderful stunts to garner attention for the causes closest to her heart. In 2018, the designer-activist breakdanced to Abba’s “Dancing Queen” at a proposed fracking site in Lancashire. And just last year, she swung from a giant birdcage outside the Old Bailey, dressed as a canary to protest the whistleblower’s proposed extradition.

“For the rest of his life he will become a symbol of what happens to you if you dare to expose the truth. Telling the truth is not a crime,” she said to reporters at the time. Westwood has thrown her weight behind Assange’s case on various occasions, however, releasing a line of “I’m Julian Assange” t-shirts back in 2012, when he first sought refuge in the Ecuadorian Embassy.