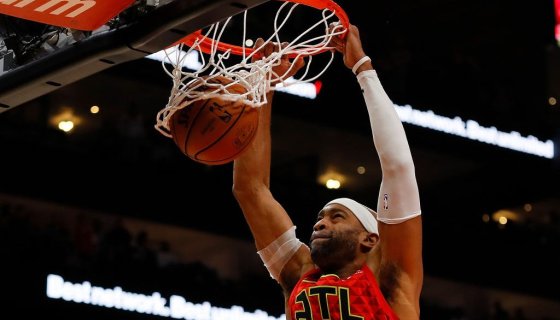 For over two decades, has been a reliable fixture in the NBA, but that tenure is coming to an end. Carter is hanging up the kicks after 22 seasons despite over the age of 40.

As seen on NBA.com, Carter made the announcement somewhat casually in the midst of conversation during his Winging It With Vince podcast.

It was widely known and stated by Carter than the former University of North Carolina star was walking away from the game on a professional level at the conclusion of the current season. With the NBA season upended by the COVID-19 pandemic and the league restarting, Carter seems content to continue his broadcasting career with The Ringer network.

Carter’s 22-season career was the longest for any NBA player and he was still a serviceable player off the bench for the Atlanta Hawks.

A look at Carter’s credentials reveal that at his heights, he was one of the league’s best players and leapers. While his hops were never in question and he still possessed the springs, Carter also developed a reliable jump shot as well.

“Throughout his historic 22-year journey covering an unprecedented four different decades, his evolving career arc was perhaps like none other in league history — from Top 5 Draft Pick to Rookie of the Year to Slam Dunk Champion to superstar and eight-time All-Star to Twyman-Stokes Teammate of the Year and valuable role player,” said the Atlanta Hawks in a classy statement to honor Carter’s contributions to the team.

Thanks for entertaining us, Half Man Half Amazing. Enjoy your rest!