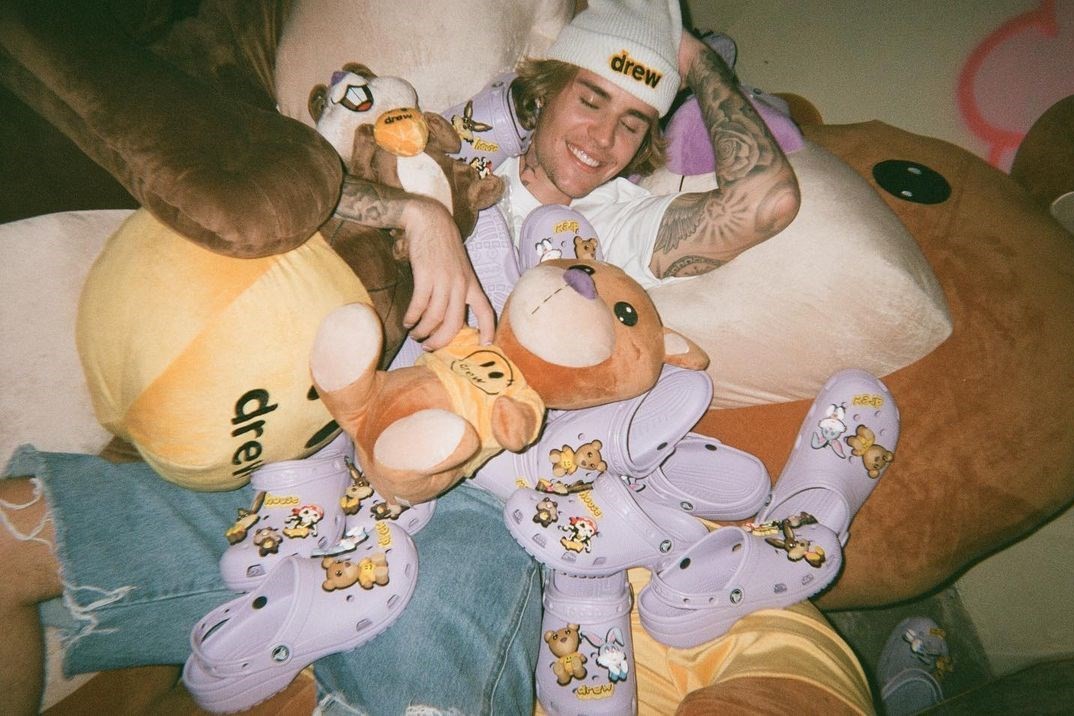 No chance of them becoming the Croc Destroyers then…

Since the launch, the brand’s Instagram account has amassed over 1.4m followers obsessed with the relaxed skatewear vibe. After an initial successful collaboration with Crocs (fashion’s most divisive shoe), Bieber has teamed up with the brand once again, this time creating a lilac shoe with Jibbitz inspired by characters from the label’s community – and since the singer wears socks with his, they’re also thrown in too.

While the shoes are sadly sold out already, Bieber kindly gifted a pair to fashion icon, designer, and former Spice Girl Victoria Beckham, the crossover we didn’t see coming, but didn’t know we needed. Posting about the shoes on her Instagram Story, she thanked him for sending and revealed (unsurprisingly) that she’s never worn a pair of Crocs before.

A truly democratic queen, the designer asked her followers in a poll whether or not she should wear the Crocs. The results were close with ‘no’ only just winning with 57 per cent. Either way, Beckham cleared things up saying: “I think I’d rather die, but thank you anyway!”

So, there you have it, any dreams of Bieber and Beckham becoming Croc Destroyers have been well and truly decimated. But that isn’t stopping people rushing out to buy Crocs, this week BBC reported that the ‘It shoe’ of the pandemic has seen sales increase by 64 per cent to £331m in the first quarter of 2021 alone.