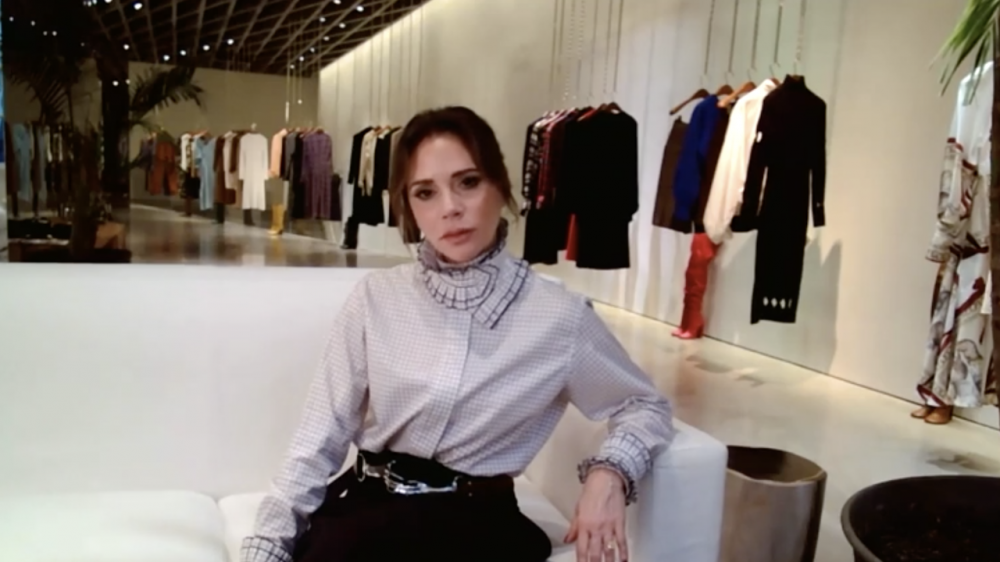 When Victoria Beckham launched her eponymous beauty brand a year ago she sent Sienna Miller a box of products. The actress—who knows a thing or two about makeup, having starred in movies and television series since she was 20—was an instant fan. During a conversation taped last week in London, Miller told Beckham she likes her lip liner best: “I used to have really nice freckles all over my nose and the top of my chin, but as I’ve gotten older, they kind of just blend into one big freckle. Your lip liner is the perfect freckle pencil. I use it on my lips, I use it on my eyes a little bit, and then I add a few freckles on there. It’s a very versatile pencil that you’ve made.”

Their Forces of Fashion chat was candid from start to finish, touching on other skin-care tips, their young daughters, and their upcoming projects. Having just released a set of lid lustres—“nobody loves a sparkly eye more than I do,” she says—Beckham is on the verge of launching her first mascara. Miller, meanwhile, is in the U.K. filming a new Netflix series, Anatomy of a Scandal, with the creatives behind Big Little Lies and The Undoing, while simultaneously promoting Wander Darkly, the new film she stars in with Diego Luna, out next month.