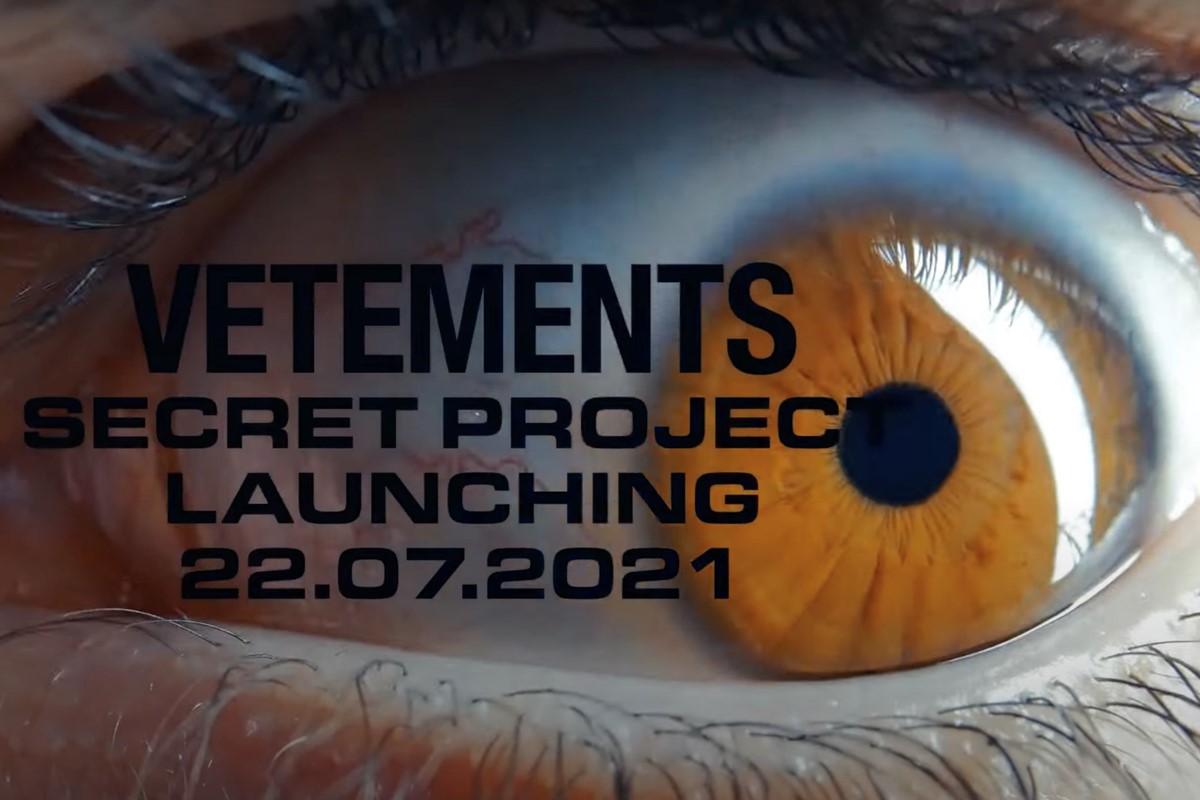 Having unveiled its SS22 collection last month, Vetements used its slot on the Paris Fashion Week schedule last Friday (June 25) to make an announcement. As uploaded to YouTube, a short video glitched between drone-view cityscapes and supermarket checkouts, closing on a blinking eyeball which teased the July dates of a “special project” – something that Guram Gvasalia (Vetements co-founder) has since revealed to WWD as the launch of an entirely new brand.

While details are sparse, Gvasalia said the new label will have a completely different aesthetic to Vetements, “heavily inspired by traditional menswear clothing and sartorial tailoring,” though it would “cater to all genders”. An official statement from Vetements keeps things decidedly abstract – “a brand without a logo, but recognizable from far away. A brand that doesn’t exist, but is missed already. A brand from tomorrow, that is based on yesterday, on today. A brand that wears something old, something new, something borrowed, something blue!”

This project will fall under the Gvasalia Family Foundation, which, going forward, will act as a “shelter” for new talent. Gvasalia explained that the foundation will be “a new experimental laboratory, a multi-dimensional platform for young talent, which could one day replace traditional conglomerate structures by redefining co-working spaces and co-creating experiences.” New additions to the platform will be led by concepts as opposed to people – and these won’t be restricted to the fashion world, either. The Gvasalia incubator will be “a new version of what a conglomerate would look like,” the CEO said.

“It’s time to dare, to do things that are different”. All will be revealed when the brand goes live on July 22, until then keep an eye on what’s to come via Vetement’s the secret project Instagram account.