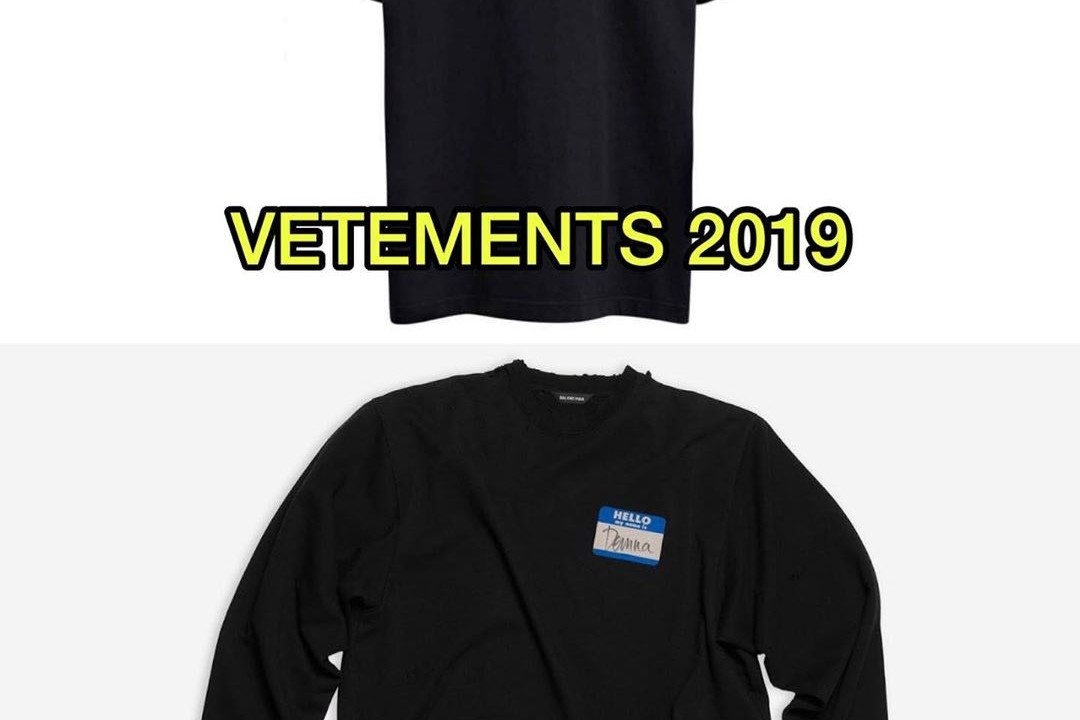 A quick reminder: Vetements – the brand that dramatically shook up the fashion system with post-Soviet subversion when it arrived on the scene in 2014 – is very much still a thing, albeit one without designer Demna Gvasalia and stylist Lotta Volkova on board.

Gvasalia announced back in September 2019 that he was going to be focussing full time on Balenciaga, where he’s been creative director since 2015. And judging by a recent Instagram post, it seems his former brand has a little problem with one of his newer designs. Yesterday, @vetements_official posted a Diet-Prada-esque side by side of one of its own t-shirts with a Balenciaga one, captioning the image simply: ‘WTF’.

The Vetements version is a tee with a ‘Hello my name is CAPITALISM’ sticker design, taken from the SS20 collection. Held in a McDonald’s on the Champs-Élysées, the collection featured flips on logos like Heineken, Internet Explorer, and Vodafone, as well as moody teen staples like oversized hoodies, goth make-up, and wallet chains.

Meanwhile, the Balenciaga shirt features a sticker bearing Demna’s name. It should probably also be noted that the design isn’t entirely groundbreaking – Fuct released a similar take on the name sticker shirt way back in 1994.

Gvasalia was still officially working at the brand at the time of the McDonald’s show – and remember that Vetements’ CEO is Guram Gvasalia, Demna’s brother. So whether this is actual beef or just some viral lols, it’s probably only the brothers who can say…