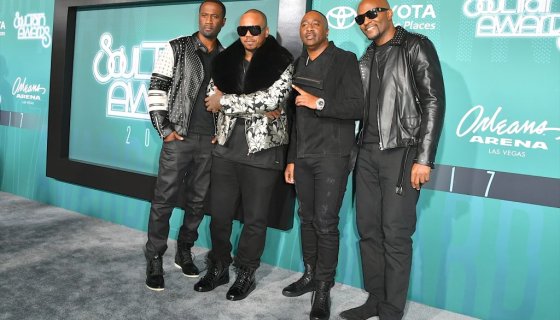 The battle series keeps getting better and better.

Earlier this week after a legendary showdown between , announced that they were easing the stress from quarantine by taking the showdown to the islands with a monstrous battle between Dancehall icons –but the duo stepped it up even bigger with a battle for the ladies between and , making this the biggest weekend for the online series.

“I was going to take Saturday off,” Swizz said. “But I’m getting a lot of pushback from the artists and the audience to keep it going, especially since it’s a long holiday weekend and everyone is stuck indoors. So I said, ‘I’d better tell Tim we’re going to work this weekend.”

Breaking News🚨 Just added to the Memorial Day Weekend madness 🙌🏽 @official_je vs @theofficial112 this Monday ! Something for the ladies❤️ @timbaland it’s a busy long weekend 🥂 @verzuztv

“We wanted to switch it up and add some Caribbean style with Beenie Man and Bounty Killer, and also give everyone a treat with another celebration with Jagged Edge and 112 as that was in popular demand – all for Memorial Day Weekend,” Swizz continued.

The battle between 112 and Jagged Edge marks the third R&B battle that has taken place since the battle series began in March. The first between R&B icons had an eye-popping 500,000 views and the second between soul goddesses gaining more than 1Billion views, fans can’t wait to see how the highly-anticipated showdown between the two reigning kings of 90s groups finally face off. The battle between Beenie Man and Bounty Killer isn’t the first time the series stepped outside the box, during the third battle of the series focused on songwriters, with a showdown between, resulting in more than 4 million tuning in.

The R&B battle between 112 and Jagged Edge goes down Monday, May 25th at 8PM Eastern.