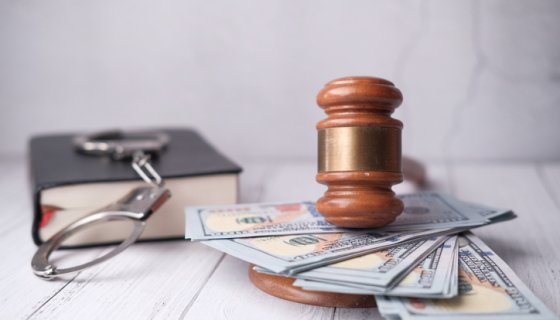 The tactic of using as evidence of guilt isn’t new by any means, but a college professor says there has been an uptick of the occurrence in courts. According to the professor, this could be seen as misleading and used by prosecutors to connect stereotypes to Black and Latino men as they argue their cases.

Dr. Erik Nielson of the University Of Richmond is an associate professor of Liberal Arts of the institution. In a new piece written for Raw Story’s The Conversation column, Nielson shared that alongside the University of Georgia law professor Andrea Dennis, the pair have discovered that the introduction of rap lyrics in the courtroom to help decide a case has been used over 500 times.

Nielson highlights the case of rapper Drakeo The Ruler, whose lyrics were used as evidence to charge him in connection to a 2019 shooting that left a 24-year-old man dead. Prosecutors suggested that Drakeo ordered the gunman to shoot and kill and musical rival who was later found not to be an attendee of the party where the fatal incident took place. Further, Nielson notes that there was little evidence connecting Drakeo and RJ as having approached anything close to violent interactions in their dealings.

So to bolster their case, prosecutors focused on Drakeo’s music. At one point, for example, they cited a line from his song “Flex Freestyle,” in which he raps, “I’m ridin’ round town with a Tommy gun and a Jag / And you can disregard the yelling, RJ tied up in the back.”

The line was fictional; nobody claims that RJ was ever tied up in the back of Drakeo’s car. Nevertheless, prosecutors wanted the jury to believe that the lyrics were actual reflections of Caldwell’s desire to harm an industry rival.

Despite the prosecution’s efforts to use Drakeo’s music against him, it didn’t work: In July 2019, the jury acquitted Drakeo of most counts, including the multiple counts of murder.

Nonetheless, prosecutors are taking the unusual step of retrying Drakeo on a charge on which the jury deadlocked the first time around: criminal gang conspiracy.

The entire column is a fascinating read and Nielson points to the fact that prosecutors are using rap lyrics to shift the minds of jurors and the court into assuming the largely fictional tales of violence and tough talk are essentially real-life missives and orders to enact widespread acts of violence.