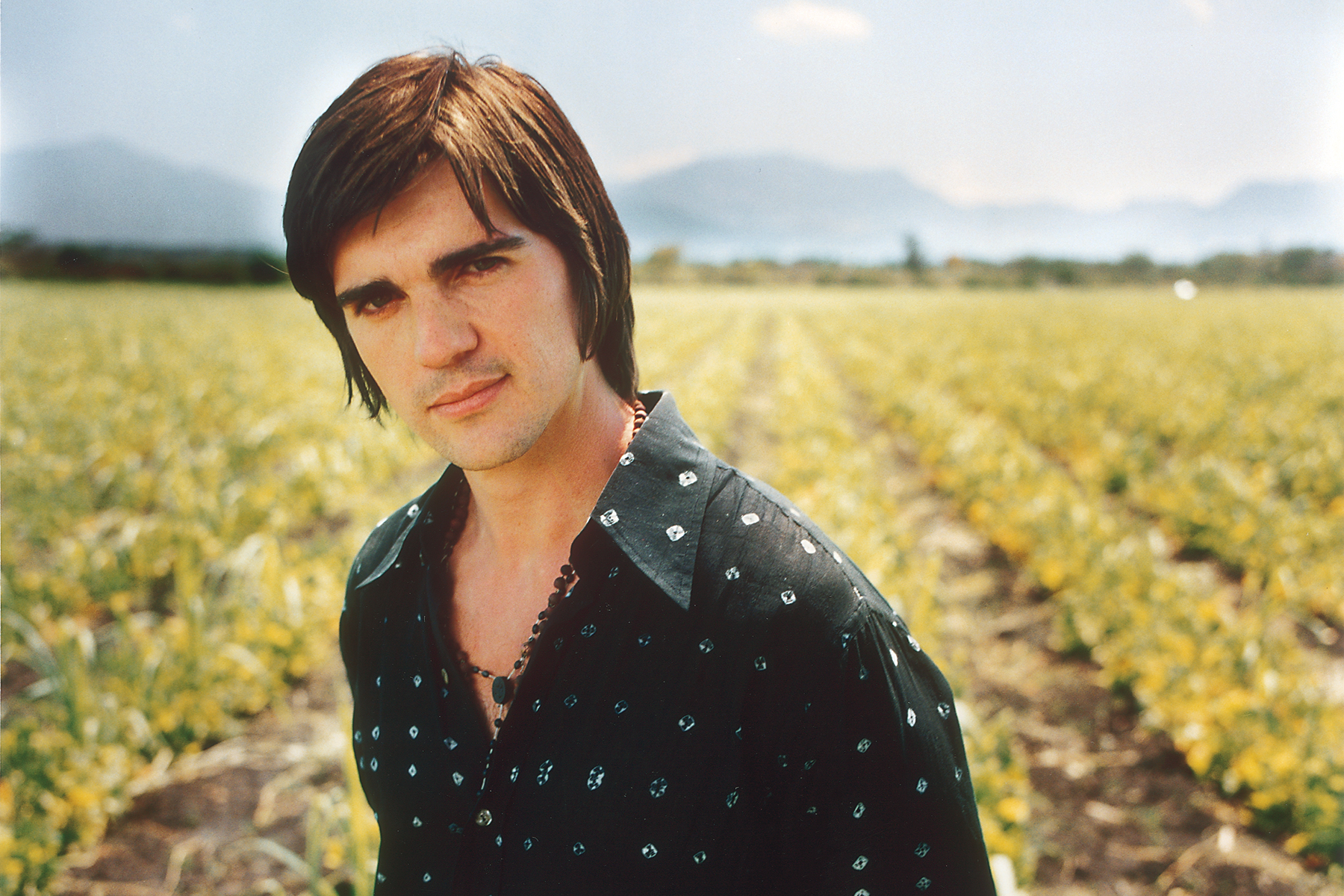 Twenty years ago today, Juanes released his breakthrough album, Un Día Normal. Juanes had previously released Fíjate Bien, his debut LP, which had success locally in Colombia. However, with its mix of catchy pop, cutting rock, and traditional Latin sounds, Un Día Normal took him to an entirely new level. It spent 92 weeks on Billboard’s Top Latin Albums chart, setting a record at the time, and it spun off gigantic back-to-back hits such as “A Dios Le Pido,” “Mala Gente,” and “Es Por Ti,” all songs that helped define pop-rock in Spanish for that era. The album won six Latin Grammy, including Album of the Year, Song of the Year, and Record of the Year — and it made Juanes a star.

Below, he remembers putting together the album during a hectic, emotional time, filled with highs and lows that inspired the sound of the record. He talks about the changes he was going through at the time, how he drew from his past, and how Un Día Normal changed the game for him and Latin artists more broadly.

'It Was a Process That Let Me Spread My Wings': How ChocQuibTown's Goyo Found Herself as a Soloist

I was living in Colombia at that time, and then I moved to the United States. When I was in Los Angeles, I got the opportunity to sign with Universal Music and I started to work with Gustavo Santaolalla. I was passing through a very dark moment and a very light moment, and I think Un Día Normal really showed that in the music. Songs like “A Dios le Pido” and “Es Por Ti” were inspired by my family, my hope for better days, and also my wife, actually. I was completely in love and I thought at time that my life was really changing in a very positive way. Un Día Normal reflected all of that.

At the beginning of my musical journey, I started with folk music from all of South America. It was very normal to me to listen to tango and bolero, rancheras, vallenatos, cumbias. Then, when I became a teenager, I became crazy over rock music. I was an extremely big fan of heavy metal and Metallica. And then at some point around my twenties, I just realized that I needed to go back to my roots and I wanted to bring some elements of all of that to my music.

So when I was doing “A Dios Le Pido,” for example, I was playing rock music, but with Latin soul. I was trying to bring all the elements of vallenato, or the accents of cumbia, and translate them to the electric guitar. “A Dios le Pido” was a perfect example of a mix between funk and vallenato and rock. I had the the first half of the song, I had the verse, I had the pre-chorus. And then I spent like six months trying to resolve the chorus. It took me a long time. One day, in Mexico, finally, I just hit a G major chord by accident, and said, “Oh, this is the way. This is the door. So let’s go this way.” And finally, after six months, I realized that the chorus of “A Dios Le Pido” was going to be major if the song was minor the rest of the time. For me, it was very, very special song. It also related to when I was a kid, because in my family, my mother used to pray every night after dinner. That kind of got stuck on me, and then it became a song. It was fantastic seeing audiences all around the world singing that song. It was just plain magic.

“Mala Gente” is a song that I wrote based on my memories of relationships, and the coolest thing is that made it just laughing. I was just like, “I want to do something kind of funny, but also with a rock attitude.” It’s like a typical story about a breakup, when you really want to be with somebody, but that person doesn’t want to be with you. Then you change your mind, and then the other person changes their mind, but it’s too late. It’s like, “You know what? Don’t make me feel bad anymore. I’m tired and I’m going to move on.” It’s kind of a sad song, but with attitude.

When I started my solo career back in 2000, pop radio stations said, “No, no, this is too rock.” And the rock stations said, “No, no, this is too pop.” I was in the middle of these two different worlds, but I didn’t belong in any one. I was kind of weird at the beginning. But in the end, I think people started to understand that this was just another way, a different way, to make music. I feel proud of that, because I wanted to do something different. I’m still trying to do something different to this day.

When I wrote “Es Port Ti,” I was back in Bogotá at the time. That was 2001, maybe, and I was living in a small apartment with my girlfriend. She was working on a soap opera, so she was normally working all day and I was spending basically all day in my home studio, trying to make music. I remember she came home one night, and the first thing I wanted to show her was this song. I said, “Hey, what do you think about this song? I wrote this song for you.” And then she listened to it and she started to cry. I was so touched by her reaction, and I really feel that there was something special in that melody and something very honest in those lyrics. To this day, that’s one of my most-listened songs. It’s crazy. People really connect with that song, which is fantastic.

For “Fotografia,” I was working on my album and a friend had a connection with Nelly Furtado’s management at that time. Somehow, they sent the demo to Nelly and she started to listen to the song and she just fell in love. She wanted to do a duet. For me, it was an amazing moment, because Nelly was having a lot of success at that moment with her album. Her family is from Portugal, so she can sing Spanish with no accent at all. We met in Nashville to record, and it was a very emotional day for me. The very first moment I heard Nelly singing in Spanish, I wanted to cry. I really respect her, and I always will be very, very thankful to her, because she made this song even bigger.

Joe Arroyo was on Un Día Normal, and he was also on Origen, a very important album because it was about the connection to my origins since I was a little kid. I always go back to see my roots, to see what is happening there, to see if I missed something. I try to look there and get connected to that, because I think that’s what makes me feel different and makes me make different music. When you are writing music all the time, it’s easy to get lost. But now, when I look at myself in this moment, I can say, “I made mistakes, but all those mistakes have made me come back to my center.”

I remember what was happening in music on the radio and in general in pop music those days. Un Día Normal was a game-changer. It showed different ways to approach pop music. I think the coolest thing was that no one was thinking, “We’re going to change this!” We were just doing the best we could, and people loved it. We had been doing small shows here and there and then, from one moment to the next, this really gave me the opportunity to know the world from a different perspective. I look back at everything that happened and it’s like a dream, you know? I’m so, so thankful, and it’s crazy how people come up to me during the shows or on the streets. There’s also younger people that say, “Hey, my mother used to listen to that album a lot and that’s the reason why I love your music.” So different generations connect to the album. For me, it’s just fantastic. I feel very, very thankful with that. It means a lot to me. At the end, that’s really what matters in music.