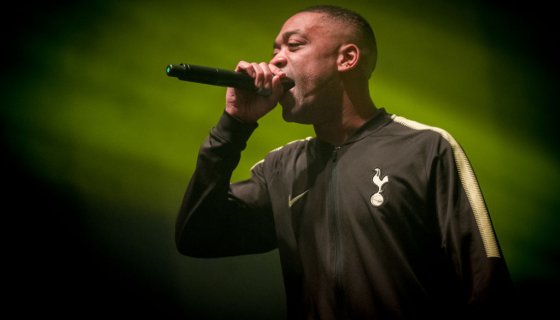 All of a sudden, more and more people have felt emboldened to profess their and antisemitism on social media and in daily life (doesn’t take a genius to wonder why), and unfortunately British rapper Wiley has become the latest public figure to show his true colors on Twitter and got his account suspended for it.

According to Variety the U.K. rapper went on an antisemitic Twitter tirade over the weekend in which he compared the Jewish community to the Ku Klux Klan (huh?) and suggested that Jewish people are given preferred treatment when they’re locked up in prison. The “Wearing My Rolex” rapper’s tweets were so shocking that his manager, John Woolf, decided to drop the self-proclaimed “Godfather of Grime” as a client.

Taking to his Twitter page to announce the move, Woolf minced no words as to why he made the decision writing, “Following Wileys anti-Semitic tweets today, we at @A_ListMGMT have cut all ties with him. There is no place in society for anti-Semitism.”

The tweets from Wiley were even enough to get the authorities involved as the Metropolitan Police received complaints about the posts and have decided to investigate the matter.

We have received a number of reports relating to alleged anti-Semitic tweets posted on social media. The Met takes all reports of anti-Semitism extremely seriously. The relevant material is being assessed.

As we stated earlier Wiley’s account has since been suspended by Twitter for his offensive posts but whether or not he decides to apologize for his actions or just ride out his anti-semitic wave remains to be seen.

Don’t be surprised if he decides to move to the U.S. and become a MAGA rapper that Trump’s cult will no doubt embrace. Just sayin.’