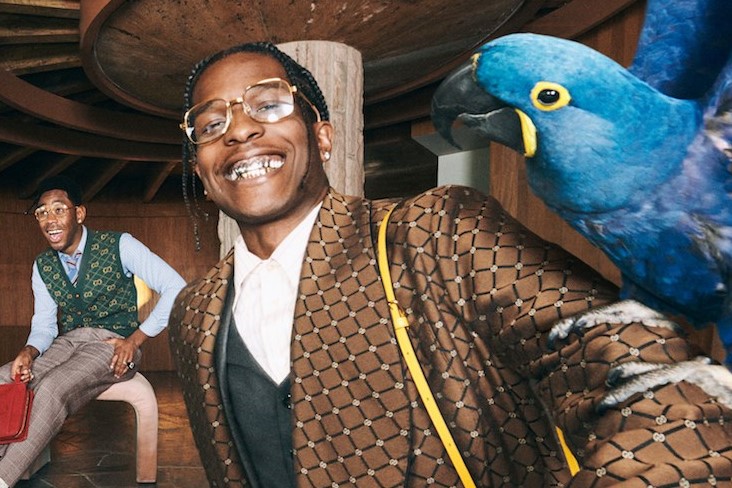 Your first look at the label’s new film, as captured by legendary director Harmony Korine

The coronavirus might have put an end to mass gatherings (for now), but that’s not to say the party’s over. In scenes that would be allowed according to current UK guidelines that state no more than six people should be meeting up at any given time, A$AP Rocky and Tyler, The Creator head to Iggy Pop’s house in the Hollywood Hills for a party in a new Gucci film released today.

Created to debut Alessandro Michele’s latest men’s tailoring collection, the three iconic musicians are captured by equally iconic director Harmony Korine dancing around the 1970s-era mansion in a series of looks that could be nothing other than Gucci – think monogrammed sweater vests, shirts and ties, and leopard print suits paired with bucket hats and the bug-eyed glasses key to the Italian label’s aesthetic.

Soundtracked by certified bop “Supernature”, the three are also seen sitting down to a big pot of spaghetti and hanging out with Iggy’s pretty geniusly named pet parrot Biggy Pop (because what’s a Gucci campaign without at least one cute animal?). “The result is a group campaign with three men I believe had fun too,” Michele says of the project. “It was beautiful to see these three men together, seemingly different but very similar.”

See for yourself in the film below and the gallery above.