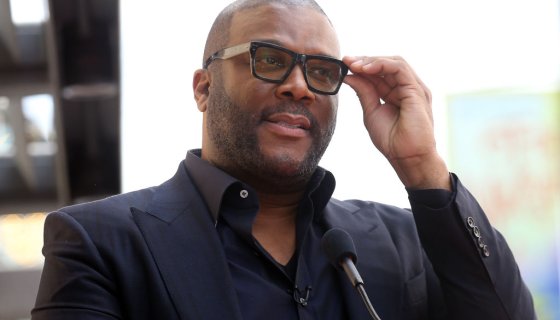 According to published reports, Perry’s 26-year-old nephew, Gavin Porter, was found dead in his Louisiana jail cell on Tuesday from an apparent suicide by hanging in his cell at the Union Parish Detention Center at Farmerville, Louisiana.

TMZ reports that Porter was placed in solitary confinement after getting into an altercation with another inmate over the weekend. Guards state that Porter was alive when guards checked on him around 6 p.m. on Tuesday and noted that they found nothing alarming, but when guards came back to Porter’s cell at 8 p.m. the same night, they discovered him dead by hanging.

In an update, TMZ reports that’s the family has hired another medical examiner to determine if the cause of death was suicide or murder.

Gavin was arrested for shooting and killing his biological father back in 2016 after cops say an argument erupted between the two. He pled no contest to manslaughter and was sentenced to 20 years.

This isn’t the first time tragedy has struck members of ’s family. In March 2017, a large fire destroyed the Greensburg, Louisiana home of Emmitt Perry, Tyler’s father. Sheriff Nat Williams told WAFB at the time that the older Perry was home at the time and reported hearing popping and crackling sounds coming from the attic. He made it out of the house before it was consumed by flames.

’s tumultuous relationship with his family has been well documented, in 2019 during an interview with People Magazine, the Acrimony creator revealed that he had to forgive Emmitt for childhood abuse and trauma before he could move on.

“Holding on was hurting me more than him,” Tyler said. “[It took] a tremendous amount of prayer,” Perry said. “But the biggest thing that helped me understand it is that me holding onto what I was holding onto wasn’t hurting him … but it was killing me.”

Since forgiving his dad, Perry said he’s felt a burden lift. “I’m telling you, the shift and forgiveness in me left me raw because it was a weight inside,” he said. “Once I let it go, I literally felt lighter inside.”