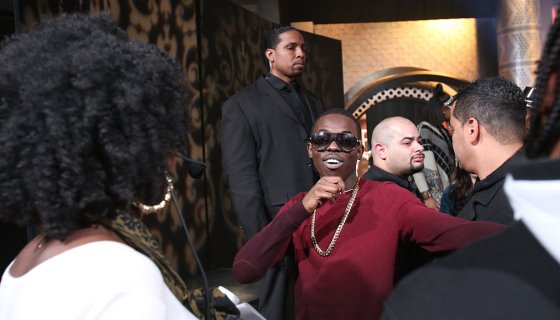 was just on the cusp of superstardom when his career took a detour in 2014, leading to him getting slammed with a in 2016. While much of the reports on the Brooklyn rapper’s case point to an end of year release, some fans on Twitter are celebrating his rumored release.

Bobby Shmurda, born Ackquille Pollard, turns 26 today (August 4) and has been pegged as the day of release for the “Hot N*gga” star. Shmurda was part of a reemerging Brooklyn scene that mixed grim street capers with high-energy production, giving way to a collective of budding rappers and perhaps inspiring the rise of Pop Smoke and other artists from the New York borough.

However, Shmurda was sentenced on conspiracy to possess weapons and for possession of weapon charges and has been patiently awaiting his projected December 2020 release. Giving rise to the rumors Shmurda might go free are reports that he’s set to face a parole board on Tuesday where he could be granted an early dismissal.

We’ve got some of the reactions from Twitter below.

IF BOBBY SHMURDA GETS RELEASED TOMORROW A NAVY BLUE YANKEE FITTED IS GONNA DESCEND FROM THE HEAVENS AFTER 6 YEARS OF FLOATING, CLEARING THE SKIES OF ALL CLOUDS AND GRACEFULLY LAND ON HIS HEAD! LET US REJOICE AND HIT THE SHMONEY ONCE BOBBERT SHURDINGTON IS FREED!!!!

heard bobby shmurda might be getting released tomorrow, to honor that here’s the hardest snippet to ever drop pic.twitter.com/83rtBaMO8y

If Bobby Shmurda ain’t out tomorrow i’ll talk to the jail myself pic.twitter.com/WvONT2ZX0X

Bobby shmurda gonna get out and 2020 is gonna be fixed, mark my words pic.twitter.com/H11xt9rlUo

Me and the homies when we heard that Bobby Shmurda is getting released from jail: pic.twitter.com/dm6CFQQZFD

Bobby Shmurda’s Yankee Cap finally coming down to land back on his head after 6 years of orbiting earth: pic.twitter.com/D9SSoUh3Te