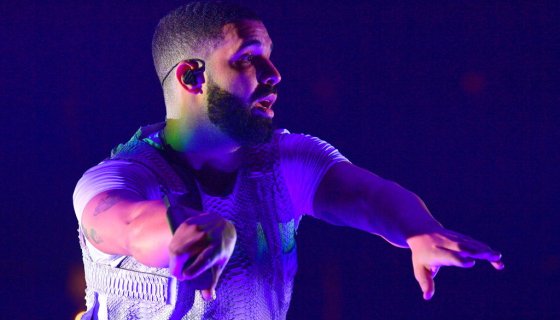 stunted on the whole world after letting us into his lavish mansion for the “Tootsie Slide” video, and it’s clear that it didn’t come cheap. And while is certainly proud of his digs, some on Twitter felt like his set-up is over the top.

Architectural Digest profiled the space, which was designed by Canadian architectural and interior designer Ferris Rafauli. The magazine highlights features of the so-called “Drake Manor” or “The Embassy” which include a full-size basketball court, a bed that has a built-in whiskey and champagne bar, and a special close full of Birkin handbags that Drake plans to give his future spouse.

As stunning as the home is, there are some online that felt that Drake wasted money on what they felt were tacky trimmings such as a light fixture made with over 20,000 pieces of hand-cut Swarovski crystal pieces and other touches.

We’ve got the reactions of Twitter frying Drake’s luxurious digs below, along with some who enjoyed the layout. And in case you need a refresher, we’ve got the “Tootsie Slide” video below for viewing as well.

Mega recording artist Drake (@champagnepapi) returned to his hometown of Toronto to once again plant roots there, building a 50,000-square-foot ultra-luxe pleasure dome. The stately manor, as envisioned by Canadian designer @ferrisrafauli, is a marvel of old-world craftsmanship, constructed of limestone, bronze, exotic woods, and other noble materials. “Because I was building it in my hometown, I wanted the structure to stand firm for 100 years. I wanted it to have a monumental scale and feel,” Drake says of his passion project. “It will be one of the things I leave behind, so it had to be timeless and strong,” he adds. Take a look inside our May issue cover story through the link in our profile. Photo by @jasonschmidtstudio; text by @mayer.rus; styled by @colinking; fashion styling by @mellanysanchez

“It’s overwhelming high luxury,” says rapper Drake (@champagnepapi) of the Toronto home he has been crafting over the past six years alongside designer @ferrisrafauli. “That message is delivered through the size of the rooms and the materials and details of the floors and the ceilings. I wanted to make sure people can see the work I’ve put in over the years reflected from every vantage point.” Indeed, the scale of the rooms sets the tone for the home experience from the moment one enters the vast entry hall, above, which is clad in solid limestone with beveled inserts of Nero Marquina marble beneath a faceted ceiling of antique mirror framed in bronze, while two sculptures by @kaws flank the doorway. Discover more of the home through the link in our profile. Photo by @jasonschmidtstudio; text by @mayer.rus; styled by @colinking

Inside the Toronto home he built from the ground up, rapper Drake (@champagnepapi) likens the world-class recording studio (above) to “eccentric 1970s studios mixed with Annabel’s in London.” A backlit panel of brown agate semi-precious stone softly illuminates the studio lounge which is outfitted with a custom sofa, @erwan_boulloud aluminum cocktail table and vintage Ricardo Fasanello chair. Take a tour of the home through the link in our profile. Photo by @jasonschmidtstudio; text by @mayer.rus; styled by @colinking; interior design by @ferrisrafauli

Imagine being this rich but also this tackyhttps://t.co/d5NTPSUyMC

So basically, Drake is a Real Housewife.https://t.co/16l2pYji8E

No cap, this is literally the worst “luxury” home I’ve ever seen. I can’t believe someone could even think this up – https://t.co/Wgj6ilj2SN

It's almost impressive how outrageously ugly Drake's mansion is. It's like those ridiculous Gilded Era mansions built by nouveau riche American industrialists in the 1890s. In a way, it's a revolt against Apple Store Aesthetic that people seem to love.https://t.co/gcfIkrGKBa

drake’s mansion doesn’t have a single green or living thing in the whole place, put the entire thing in the trash lol

What planet yall living on where people who are anticipating a $1200 Trump check giving opinions on Drake's MANSION???? pic.twitter.com/MTMzXVmUlI

I’m all the way convinced now niggas just hate Drake cause anything this nigga do somebody got some negative shit to say lol. Nigga got the iciest mansion and broke niggas calling it ugly 😂😂 I cant

I watched Ocean's 13 the other night and Drake's house looks like it was designed by Pacino's character gunning for another five diamond award https://t.co/u5WeoqpGpd

this article turned me into a Marxisthttps://t.co/4Nx6TzTNef

Drake’s place is FAR WORSE than I ever imagined. https://t.co/XMpfzwHBOv