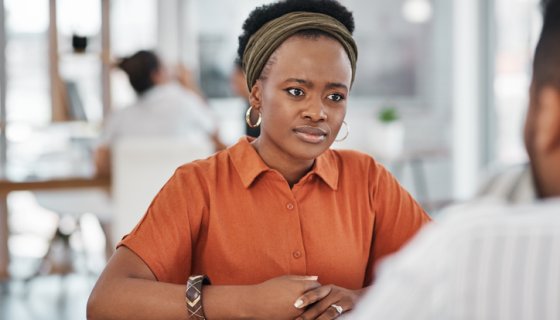 Sighs, here we go again, white folks trying to claim another term is comparable to the . , of course, is not having it.

A Twitter poll popped up, suggesting that the term “Karen” is “being used as a ist and racist slur.” It further went on to suggest that “Karen” is the “equivalent of the n-word for white women” and asks should the term be banned on Twitter altogether.

The term “Karen” is being used as a ist and racist slur. Considering this is an equivalent of the n-word for white women, should it be banned on Twitter?

The answer to that question is a straightforward no, and Black Twitter is accurately pointing out the two terms are not equivalent because you can easily write Karen down but not the n-word.

Karen is defined by Urban Dictionary as:

gives raisins to kids on Halloween

drives an SUV to carpool her kids to soccer practice… better hope the ref doesn’t make a wrong call because she will sue!

love to use snapagram to post her workout selfies

after a long day of talking to managers and driving her kids around, she sits down with her mom friends at book club and drinks lots and LOTS of wine

“oh my god, Karen, do you really have to talk to the Burger King manager every time they forget to give you a ketchup packet.“

“LOL! Yes!! I have to Facebook and instasnap it to all my friends to make sure everyone knows to watch out LOL!!!

Nowhere in there does it say it was used to oppress a particular race of people mentally. But every single one of those definitions is accurate as hell.
Nice try colonizers, you can peep all the reactions to the ridiculous poll question in the gallery below.
—
Photo:

If it’s comparable. Write the whole word out and not just “N Word” just like you did Karen. Just write it. I’ll write it with you. pic.twitter.com/6QaKPrlZGZ

No because “Karen” is not attached to a painful legacy of abuse and mistreatment at the hands of others. The n-word is directly connected to slavery and is a hateful, derogatory racial slur unlike a simple stereotype

HERES NO SUCH THING AS REVERSE RACISM

"If you're comparing the badness of two words, and you won't even say one of them, that's the worse word."
– John Mulaney

Type out the n-word.

My deceased mother, rest her soul, was named Karen. If she knew people were USING HER NAME IN VAIN she would DEMAND to see your manager.

A “Karen” is a white middle-class woman with money who is able to get annoyed at the working-class due to her privileges and connections in the world. Black people have dealt with 400+ years of systematic oppression that hasn’t let up. How in tf is that in anyway similar?

the difference is, you just typed out "karen" but not "the n word" so, there's your answer. the n word is worse than karen.

Get back to me when “Karens” are considered three-fifths of a person. Until then… pic.twitter.com/DFfmI53oAi

What the fuck is WRONG with you???

Do you even understand how terrible this is??? Do you need me to explain it to you?

First of all, do you even understand *why* the n-word is so bad? Apparently not.

There is NO equivilant. Anywhere. EVER.

Good job trying to taint your own survey, but no, NOTHING is the equivalent of the N-word.

The sooner you figure that out, the better your life will go.

You can type out ‘Karen’ but not the n-word. That’s how you know they’re not equivalent.

The fact that there are real life people convinced that the term Karen comes close to the N word is HILARIOUS 😩😂 pic.twitter.com/gwfc8UHRCD