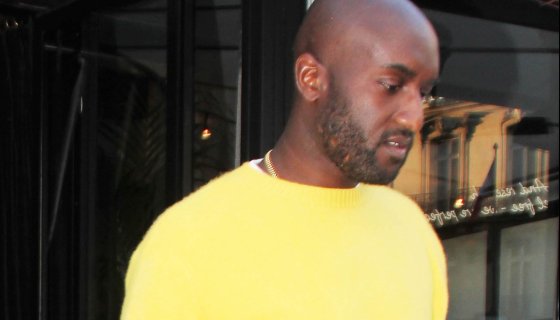 probably hates everyone on social media at the moment after he found himself a trending topic for proudly donating $50 to a bail fund for protestors. Abloh clarified his reason for the low amount considering the prices of his high-end Off-White apparel, and a new trending topic remixing the phrase “Keep It 100” to “2 Virgils” is taking hold on Twitter.

Abloh came under fire for both the donation amount that he posted his Instagram Stories feed, and also for shouting down looters who ransacked streetwear stores in downtown Los Angeles and other cities. His stance contrasted somewhat with some of the shop owners who rightly understood their frustrations and sided with protestors despite the hit to their inventory and bottom line.

The designer apologized for seemingly not standing with the recent protests that cropped up due to the murders of George Floyd, Breonna Taylor, and Ahmaud Arbery among countless other Black lives lost to police. Abloh shared that he stands with everyone during this time and explained that his $50 donation was part of “a social media chain of friends who were matching $50 donations.”

Abloh claims he’s giving over $20,000 to support the cause and says he intends to give more. However, according to the court of Twitter, it was a case of too little too late and the slander has been ongoing since and has now morphed into the “2 Virgils” trend.

Joe Budden made light of Abloh’s woes and digs he’s been taking from the public, and he also shared an image of Abloh’s face on a $50 dollar bill his Instagram Stories feed which has since become part of the barrage of slander that Abloh’s dealing with Tuesday morning.

We’ve got the best reactions to the “2 Virgils” phrase below.

KEEP IT 2 VIRGILS WIT ME.

Imma keep it 2 Virgils… I don’t know who the last person is. https://t.co/YBt1Hf9uAv

2 virgils for a gram of white, this better be Medellín

Imma keep it 2 Virgils with you. If I see you post All Lives Matter I’m unfollowing you

y’all saying “ima keep it 2 virgils” really has me in TEARS pic.twitter.com/J1zWehDLpE

Virgil when he sees 2 Virgils trending after his apology pic.twitter.com/lHvLZ3T2qh

imma keep it 2 virgils with you, james dolan is worst owner in nba history. pic.twitter.com/Y7LC9mz2FT

If you can't keep it 2 virgils with me about how you feel about racism then I can't be around you.

Imma keep it 2 virgils with y’all, it’s been tough to get a good laugh on Twitter lately but this it 🤣 pic.twitter.com/dq4DEJFZZz

All I ask is that you keep it 2 Virgils with me.