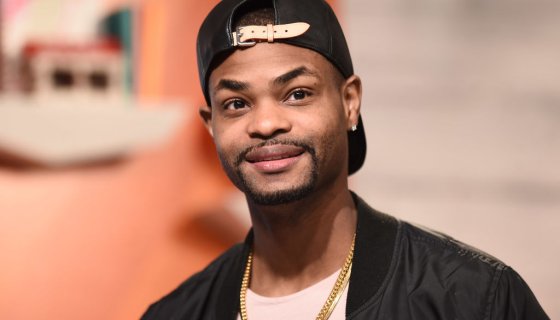 earned his fame as the most-followed star on the now-defunct mini-video service, . The actor and comedian has since gone on to star in films and made television appearances, but it appears many on Twitter never thought he was all that funny.

It isn’t clear exactly when Bach’s name began trending or why but evidence points to a tweet from @PlayboiJxy stating that rising online star Desi Banks is funnier than King Bach. Underneath the tweet, that sentiment was echoed over and over before spreading into the wider Twitter ecosystem.

As the chorus of Bach naysayers grew, he eventually caught wind of it and essentially appeared to be living his life before he got inadvertently dragged online.

King Bach’s name is trending on Twitter with opinions ranging from him not being funny, to Bach doing comedy geared towards white people’s tastes. We’ve got all the reactions below.

king bach and lele pons were never funny and will never be funny. if you think otherwise, unfollow me.

these mfs OWNED vine idc what y’all say. king bach did not. pic.twitter.com/GCJEoOjsLW

King bach was never funny but you know who was
Calebcity pic.twitter.com/0hxiY03Ljp

King Bach was minding his business then everyone decided to call that nigga unfunny in unison pic.twitter.com/vCNv4Rm02U

Me whenever King Bach made a joke. pic.twitter.com/yYxdUXCDIY

Desi is funny Fr and relate-able , King Bach just be forcing it all the time https://t.co/CgOR3Sstt4

The funniest thing to me today is “King Bach” is trending and because of the Bach part, it’s trending under classical music pic.twitter.com/uBESkwKeD9

How I'm looking at y'all disrespect King Bach, knowing he was one of the funniest on vine pic.twitter.com/G1bxUAmzj5

People talking shit about my King Bach over here like he didn’t have some of hardest hits of the 1700s pic.twitter.com/KOyOaTkYed

fuck king bach we all know who the real vine goats are.
Honorable Mention: HARDSTOPLUCAS pic.twitter.com/XUfjM0f3sm

i may be ugly but i NEVER found king bach or lele pons funny.. and i live by that pic.twitter.com/4zGVt9NX8O

King Bach was really never funny he made jokes for like 9 year olds. While as Dope Island is a king 👑 pic.twitter.com/DpYy8gBuTg

King bach finding out that lele pons is tryna be more unfunnier than him pic.twitter.com/b6R8LQVxby