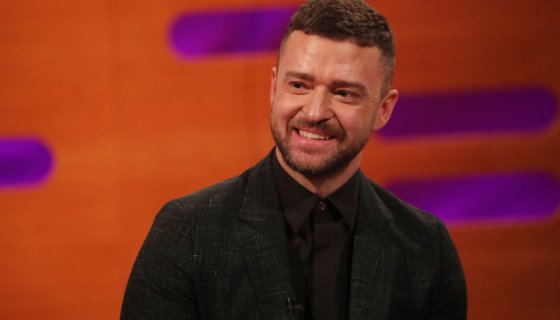 Many names have been thrown out there as to who can be the next person step up the plate. The mention of one artist, in particular, immediately sparked a debate about whether or not the whites deserve to be involved.

Following lopsided VERZUZ battle, co-founder of the Instagram Live “battle” series Swizz Beatz linked up with Usher to discuss who could potentially go head-to-head with the “Confessions” singer. Names like Chris Brown were floated out, but when Justin Timberlake was brought up, alarms were raised.

Usher talks about scenario of a battle between him and Justin Timberlake or Chris Brown 👀 pic.twitter.com/T1cvxOY81C

Now make no mistake, Timberlake has plenty of hits. Minus the atrocious attempt to please the melanin deficient fans with the trash that was Man of the Woods, his track record with solo albums is exceptional with Justified, FutureSex/LoveSounds, and The 20/20 Experience. Oh, we can’t forget his bops during his time with N’Sync as well.

BUT, unfortunately, one incident, in particular, left a bad taste in the mouth of Black folks, you remember the whole throwing Janet Jackson under the bus thing after exposing her nipple during the Super Bowl halftime show. He never quite recovered after that due to the fact he never really has spoken up in defense of Janet and has been labeled a “culture vulture” ever since.

Still, should him being a white exclude him from participating in a VERZUZ event? Some saying that we are beyond color since Scott Storch has already participated and that man is W H I T E. Also, Timbaland, who is a co-founder, has helped JT provided the bulk of production for both FutureSex/LoveSounds and The 20/20 Experience. So we can’t see Timbo tell Justin he can’t participate at all.

Anyway, on Twitter, the consensus seems to be the Timberlake is not invited at all. But he does have some defenders as well. At the end of the day decision will come down to both Swizz and Timothy, and Usher is down. You can peep all of the reactions below.

Justin Timberlake should’ve never had space in the Black community after he did that to Janet Jackson and that’s a hill I’ll gladly stand and beat anyone’s ass on.

Someone said Usher vs. Justin Timberlake. And that’s finally the right answer.

New Blacks gonna let Justin Timberlake gentrify these battles and ruin the platform just like they ruined cookouts by inviting the same people.

justin timberlake wouldnt be anything if he didn’t have neptunes in their prime produce justified (2002) or timbaland (during the danja collaborative years) produce future/lovesounds (2006). name anything he’s released after those two that bang

Yes, you damn right! I sure will continue to bring up Justin Timberlake and how he left Janet Jackson for dead on a lonely island after that Super Bowl performance. I don’t give a damn.

I wanna know what Justin Timberlake song would win even one round over Usher? pic.twitter.com/tvk8mfgLLq

The other question is why do people want to erase Justin Timberlake's contribution to R&B?

in conclusion, two things can be true:

1. Justin Timberlake can have bops and hits
AND
2. HE CAN MOST CERTAINLY STAY HIS ASS OVER THERE

i want to see Usher vs Justin Timberlake next pic.twitter.com/ogKlCPpdLB

Now y’all KNOW I love Usher and Justin Timberlake. But after carefully analyzing, I’ve come to the conclusion that JT would lose this battle

JT has so many great songs on Justified, FS/LS and 20/20 but they’re not “HITS” whereas Usher has so many. #verzuz pic.twitter.com/WVFN7GHwhz

Usher vs Justin Timberlake but the culture not tryna see that 😂