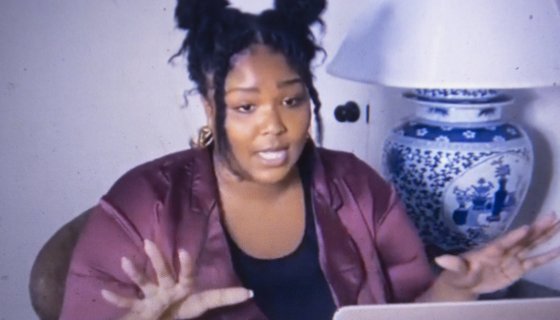 On Sunday (April 12), Diddy launched a very dope fundraiser for healthcare workers fighting on the frontlines against the COVID-19 disease with stars joining him on Instagram Live. Among the stars who hopped on to dance for charity, Lizzo joined the feed but fans believe the Bad Boy mogul fat-shamed the “Truth Hurts” star.

On Monday (April 13), fans on Twitter made note of Lizzo’s appearance and how Diddy seemingly treated her. During the dance-off, Lizzo began to twerk as she’s known to do and Diddy told her to stop as it was Easter Sunday. Eagle-eyed fans noticed however that the star born Sean Combs did not shut thirst trap starlet Draya Michele from getting in her twerking.

It should be noted that despite this potentially insensitive oversight on Diddy’s part, the dance-a-thon had plenty of good moments, including a friendly reunion with ex-girlfriend Jennifer Lopez, who joined the live with her current boo, Alex Rodriguez. Gabrielle Union also joined the dance party, which Diddy says raised over $3 million.

“WE HAVE RAISED OVER $3,000,000!!!!!! HEAD TO MY INSTAGRAM LIVE! #TEAMLOVE DANCE-A-THON IS GOING DOWN NOW,” Diddy tweeted during the session. He also announced that he partnered with Door Dash, stating that using the code “TEAMLOVE” will pay for a healthcare worker’s meal.

Before we close this out and get to the Twitter reactions, Lizzo is a beautiful Black woman and people are really uncomfortable with the fact she loves herself on her own terms. Folks really need to let it go and let Lizzo live.

Imma keep it a bean. Diddy fucked up here. Should have either kept the kept the same energy with Draya that He had with Lizzo or let Lizzo rock. https://t.co/g4uZwyvDuL

P Diddy ain’t SHIT 😭 When Lizzo started twerking he brought that to an end with the quickness but had nothing to say to Draya when she was shaking bum 🤦🏿‍♂️🤦🏿‍♂️🤦🏿‍♂️🤦🏿‍♂️🤦🏿‍♂️ pic.twitter.com/W2BAskCYSX

and Lizzo is fucking gorgeous bro. face pretty like a porcelain doll. tired of niggas tryna front on her bc she’s big bc she’s much prettier than a lot of the slim girls y’all put her up against.

Lizzo started twerking on Diddy’s IG live & Diddy talking bout stop its Easter Sunday but Draya twerks on that same live & there are no issues. Y’all can’t even hide yall disdain for fat women & I hate it.

I see we're all ready to have the conversation abt the REAL reason why lizzo is treated the way she is pic.twitter.com/lKA09GoQqP

You all hate that Lizzo expresses herself the way she does yet have little to no objection when that same expression is displayed by those with bodies you desire! Just admit that you think fat people have no right to be happy least of all with their bodies and sit down stupid.

I respect Puff energy for allowing Draya to twerk & not Lizzo. IDGAF how you feel about my previous statement either for the record.

when lizzo was twerking it’s not ‘family friendly’ but when a skinny girl does it, it’s all fun & games???? pic.twitter.com/a92UO6O31y

Lizzo was legit throwing that ass though I didn’t think it looked bad at all, and Lizzo has a lot of fans could have gotten a lot of donations https://t.co/awQfqoC0uu

I won't say another word about the Diddy, Draya, Lizzo videos if someone can find a video that shows Diddy watching Lizzo while she twerk. If so, I'll bash Diddy just like the women are if not more cause that's truly sucka shit pic.twitter.com/VjF46OS2uY

Woke up to the TL being shady about Issa’s scene with #TSABae & Lizzo twerking…… sly comments about fat bodies flying everywhere. Me, a fat bodied person, trying to figure out why my TL even looks like this. pic.twitter.com/jLj4bCPYPR

Diddy told Lizzo ass she can’t twerk on his live because it’s Easter🐣 Sunday but he was on demon 😈 time w. The boys watching Draya drop it like it’s hot on his shit ‼️ Just a few hrs later lmao 😂😂👩🏻‍💻👩🏻‍🦯🥺🤦🏻‍♀️🤦🏻‍♀️😂👋 #LIVEINYOURTRUTH pic.twitter.com/o8lCNW9XzA

So Dr*ya is allowed to twerk on Diddy’s live but NOT Lizzo? pic.twitter.com/rEmX4HUklv

Diddy when he had Draya on IG Live vs. when Lizzo was on pic.twitter.com/MGk8dSPRl0