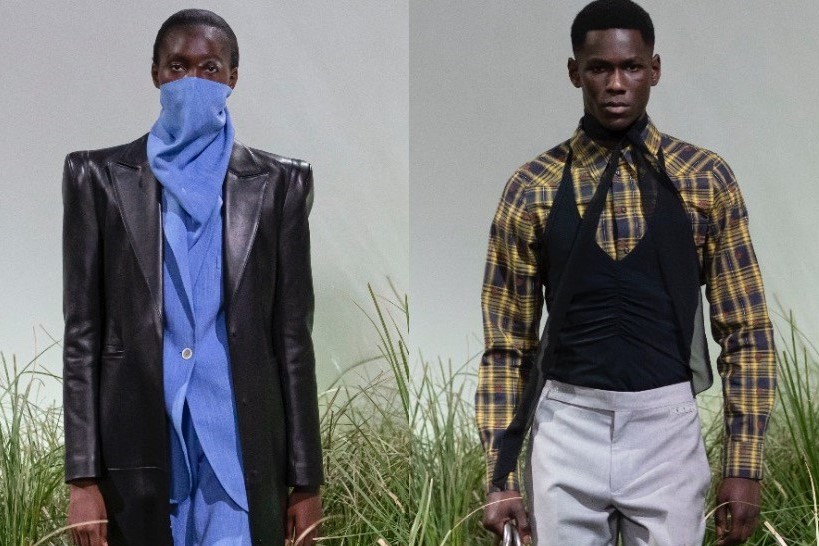 Unless you’re someone who finds watching endless re-runs of Homes Under The Hammer and Come Dine With Me particularly thrilling, it’s safe to say there’s nothing much on telly right now. Here to remedy that through a unique digital experience is Virgil Abloh, who today launched innovative new platform ‘Imaginary TV’.

Inviting those who’d signed up to turn on, tune in, and under no circumstances drop out, the designer not only debuted his SS21 Off-White collection via the medium, but also used it to highlight the creatives pressing his buttons right now. A flick through Imaginary TV’s channels reveals a sensual musical performance from singer Wallette and her band, a DJ set from Ash Lauryn, and a dance sequence choreographed by Michele Rizzo, as well as a bunch of skaters doing their thing and a glimpse of the artisans who make Off-White’s magic happen.

The experience as a whole is a bit like stepping back into the 90s and sneakily watching late night TV long past the time your parents told you to go to sleep, and is underpinned by a warm, fuzzy sense of connection that plenty of digital fashion shows have tried and failed to capture across the course of the last 12 bizarro months.

“The idea of Imaginary TV stems from a poetic vision for, and of, the evermore virtual world – I want to connect and generate a global network and bring together creativity while catalysing a range of emotions,” Abloh explained of the project. “We’re living in a world and at a time that is already largely digitally native. With the collection itself, I wanted to capture what it is to be human at this very moment. Conundrum is OK, glitches are OK, duality is OK, and a dissolution of norms is OK.”

These ideas translated to a co-ed collection that disregarded gender, with womenswear and menswear blurring into one. Presented via a semi-traditional runway show and soundtracked by a heavily soothing, ASMR-friendly thunderstorm – yes that is a lamb bleating in the background – sharp-shouldered tailored jackets and halterneck dresses fanned out at the waist thanks to tightly packed pleats, while long, structured coats were layered over silk slips and loose, wide-legged wool and leather trousers.

Elsewhere, chunky ribbed knits and finer-gauged styles with criss-crossing strands were matched with butter-soft leather blazers and slick MA-1 bombers. Abloh’s signature peekaboo swiss-cheese-like holes were present throughout the offering, too. As seen punctuating baggy denim jeans, graphic tees, and slinky ruched dresses, they were also present in his new ‘Burrow Bag’ – an evolution of the much-memed ‘Meteor Shower’ style from his SS20 show (but then, if no one’s ever memed something you’ve designed, can you really consider yourself a success in the year of our lord 2021?)

With Imaginary TV continuing to run through the rest of the day, there’s still plenty on the schedule you need to see. Check it out here, and take a look at Off-White’s SS21 collection in the gallery above.