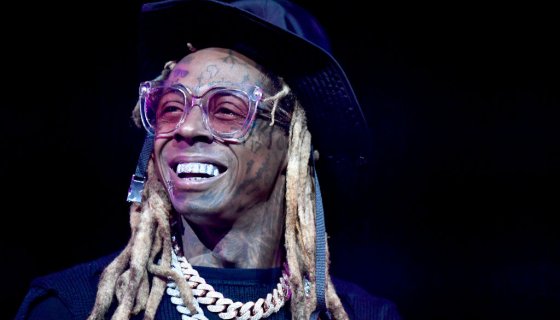 It’s been nearly two years since we last had a studio album from , and his Tha Carter V was a well-received collection of songs that showed he still had it. On Friday (Jan. 31), the New Orleans superstar released his 13th album Funeral and the early returns on Twitter are positive so far.

Funeral opens with the title track, which was featured in the social media teasers for the album when it was announced earlier this month. After some auto-tuned crooning, the action opens up with Wayne spitting ferociously as ever and that continues with “Mahogany,” with the wooden fixture serving as a lyrical device throughout the song that morphs from a straight-ahead banger into a chopped and screwed number.

“Mama Mia” is another early fan with Weezy spitting especially greasy and applying some of his over the top punchlines. In the first half of the song, Wayne applies his normal flow but switches it into a more agitated tone for the second half to great effect. On the following track “I Do It,” Big Sean and Lil Baby join Wayne and each rapper adds their own formidable flair.

“Dreams” brings up the energy quite a bit and it sounds like this is a song crafted specifically for a live show, while “Stop Playin With Me” keeps the intensity going while also employing some of the other layers of Lil Wayne’s style.’

Funeral is an extremely consistent body of work throughout its 24 tracks with Wayne doing much of the heavy lifting on his own. Other featured artists 2 Chainz, Jay Rock, Adam Levine, and Young Money’s Lil Twist among others help round out the project.

On Twitter, fans are joined together in praising the project and we’ve got those reactions below.

If Lil Wayne doesn't say "weezy f baby and the f is for funeral" on the #Funeral album then I've failed as a fan . pic.twitter.com/D6b8vdfiVu

After I listened to the first song from Lil Wayne album.. #Funeral #LilWayne pic.twitter.com/Mh800TnsnF

Lil baby lil Wayne & Big Sean on I do it pic.twitter.com/wLkUv95KZ6

Listening to Lil Wayne rap his ass off like it’s still 2009 on Funeral pic.twitter.com/ysxTCORoAc

Lil Wayne on Mahogany got me like 😭🔥 #Funeral pic.twitter.com/36WhQoHQXY

BREAKING NEWS:
A building caught on fire, apparently they were listening to Funeral by Lil Wayne. pic.twitter.com/EQUlVYz9ce

My house after I listened to Mahogany on that lil wayne album #weezy pic.twitter.com/6mBxZkVuMm

How it be listening to Mama Mia on lil Wayne’s new album 😩🔥🔥 pic.twitter.com/Q2xmHiLrVT

Lil Wayne Has Been In The Game For 20+ Years & Can Still Out Rap Anyone If He Wanted To.