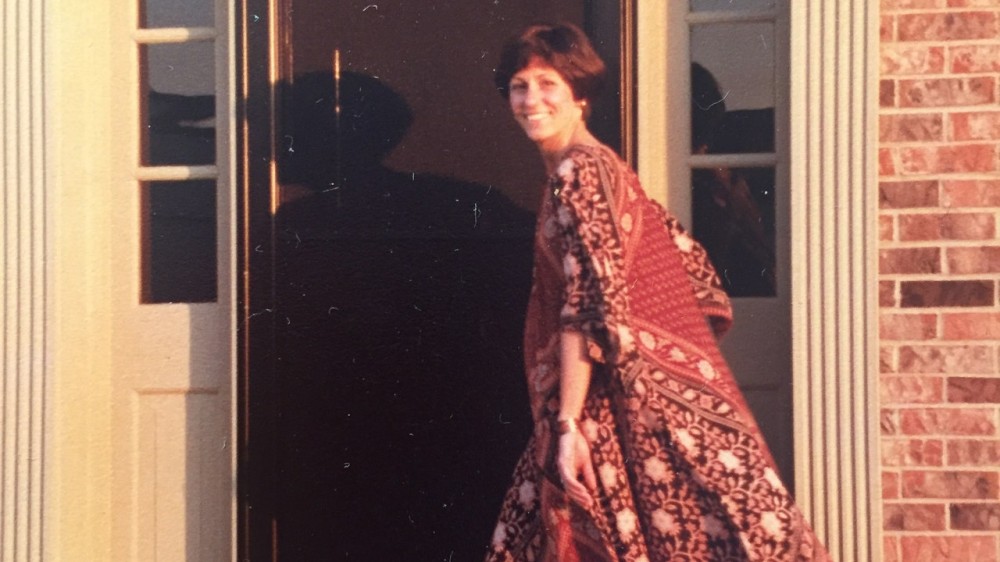 All you current and future moms out there—don’t throw anything away. At the very least, don’t throw anything away that you’ve been photographed in. After stumbling across a grainy snapshot of you in, say, a lime green velour strapless jumpsuit, your teenage daughter will inevitably come asking for it, and it’s best for mother and child if the item in question is still hanging around at the back of a closet. To tweak Marie Kondo: If you have even the teensy-weeniest inkling that something will spark joy in your child, keep it!

My mom predates Kondo by four decades, but she has never lacked for tidying up skills. She takes very good care of her clothes, rotating her summer and winter wardrobes between her closets and attic, and folding everything precisely before tucking it neatly away. Lamentably, I inherited neither talent.

Still, my mother’s not precious about fashion. Many treasures have been relinquished too soon, resulting in much consternation on my part. The lime green velour jumpsuit was one that got away, and there have been plenty of others besides: a maxi dress she sewed for herself and wore on my first birthday with blue eyeshadow and false eyelashes; a black-and-white polka-dot dress with a high ruffled collar, billowy sleeves, and bow belt that looks very Yves Saint Laurent; a dreamy pair of denim cut-offs, with a button-fly and a perfect fade. “Now why would I’ve held onto that?” she’d say when I asked for one or the other over the years.

To be clear, I don’t heed my own advice. Though I’m lucky enough to have a walk-in closet, it’s an East Village–sized walk-in closet and I’m always deaccessioning some old thing to make room for something new. So I can’t rightly expect my mother to hold on to her stuff for an eternity. But oh, I do wish she would. Not all that long ago, I had the rather teenager-ish gall to complain when she donated the late 1980s Benetton sweaters she gave us each Christmas—this, after she’d hung onto them, wearing them on successive Christmases, for 20-plus years.

The trouble, of course, is that 20-or-so year cycle. It takes a couple of decades for old clothes to look fresh to new eyes. Lacking space, foresight, and a daughter to want them (my 12-year-old son sticks with Vans these days) I’ve let go of my own things. But hanging alongside my store-bought vintage dresses are a couple of cherished Nancy Phelps originals too meaningful to part with. I had the good sense to hold on to a red and white cloqué minidress that predates my arrival on earth by several years, and a Made in India caftan that followed it by about the same amount of time. Sadly, the Earth Shoes that my mom wore with the caftan didn’t make it beyond my first Brooklyn apartment. Later this year, when Ryan Murphy’s Halston series starts airing on May 14, I plan on pulling out of deep storage her black Halston III caftan, its polyester fabric as ageless and indestructible as when she bought it—what?—35, 40 years ago, and taking it for a spin. Thank you, mom.