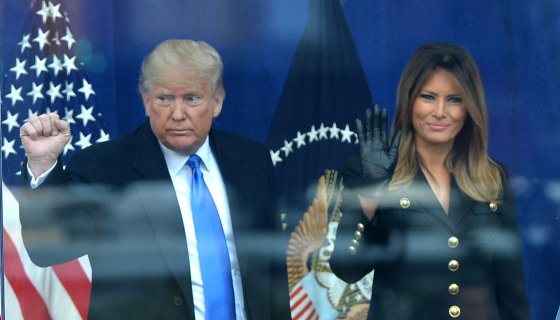 has already proven himself to not be the sharpest knife in the drawer, and a tweet after the showed off that fact again. The former business mogul tweeted congratulations to the Kansas City Chiefs but clearly doesn’t know his major cities and states in the country he’s supposedly the leader of.

Super Bowl LIV concluded Sunday night with the Chiefs standing as victors over the San Francisco 49ers in a contest that looked to go down to the wire until the fourth quarter. Trump took to Twitter to shout the Chiefs out but he had to delete the message after catching some well-deserved slander.

“Congratulations to the Kansas City Chiefs on a great game, and a fantastic comeback, under immense pressure,” Trump tweeted. “You represented the Great State of Kansas and, in fact, the entire USA, so very well. Our Country is PROUD OF YOU!”

Because the Internet is swift and always watching, Trump caught a prominent bit of criticism for the gaffe before posting a new tweet with the same words but correctly naming Missouri as the Chiefs’ home state.

Former Missouri Sen. Claire McCaskill gave one of the best responses to Trump’s tweet. Adding to the putdowns that came from all over, State Sen. Lauren Arthur added a dig of her won towards Trump.

“Wrong state. Best stay out of things you don’t understand, like the Heart of America,” Arthur wrote in a caption of Trump’s deleted tweet.

Check it out below.

Wrong state. Best stay out of things you don’t understand, like the Heart of America. pic.twitter.com/wPDWYHgR46