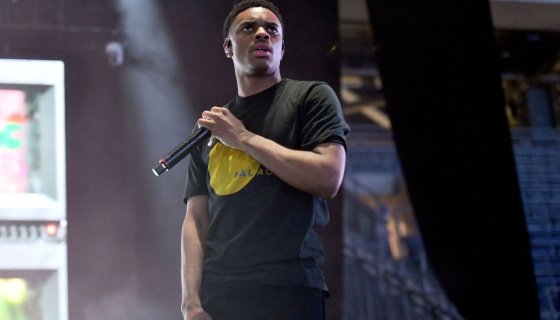 has become known not only for his formidable rapping ability but also for his hilarious online persona. The Long Beach, Calif. star angered the Hip-Hop nation after declaring Atlanta as the city with the game’s best rappers, playfully relenting after his Twitter feed blew up with folks ineffectively attempting to change his mind.

On Wednesday (July 8), Staples took to Twitter to start the firestorm off as only he can.

“Atlanta got the best rappers ever and it’s not even close,” Staples wrote, setting off a flurry of responses almost immediately. Undeterred, Staples gets deeper into his bag, adding, “It’s ten billion rappers from Atlanta and they all got a classic song and unique outfits. They probably got more outfits than they got songs.”

Speaking to fans who tried to shout down his theory, Staples gave a bit of a history lesson and also praised the vastly underappreciated Young Dro as well.

“The originators of hip hop was dancing around New York City in leather outfits,” Staples fired back at one fan. To another, Staples said, “Young Dro got more wordplay than a lot of niggas from everywhere and he not even brought up as a top Atlanta rapper.”

A fan challenged Staples to name his top 10 rapper list, and it was surprisingly diverse.

Making an extremely valid point amidst the trolling, Staples wrote, “Y’all be treating personal preference like it’s the law of the land we gotta stop that.”

With his usual wit, Staples waved the white flag but most know that he’s clearly thumbing his nose at folks.

“Aw cuh the hip hop pages reposting me. My bad I apologize the best rappers come from wherever y’all like. I hope this make y’all feel better leave me alone,” Staples said.

Check out some of the reactions from Vince Staples Atlanta rappers tweet below.

Y’all acting like I said something bad about New York I got more Yankee Hats than all y’all.

Bro I really don’t care at all I just work here. https://t.co/6X5DBzlGMa

Young Dro got more wordplay than a lot of niggas from everywhere and he not even brought up as a top Atlanta rapper https://t.co/xwsgiMGOGG

It’s ten billion rappers from Atlanta and they all got a classic song and unique outfits. They probably got more outfits than they got songs.

If we doing states California up there but as a city Atlanta got way too many niggas and way too much innovation. Atlanta got Big Gip !!!

Atlanta does have innovation 3 stacks and Thug did shit different

only ppl from NY think NY still on top of the rap game … Atlanta been leading the way for over 15 years.

I love Vince Staples. It takes a high level of intelligence to know that Atlanta has the greatest rappers, also while defending how amazing Ghostface Killah is against ignorant fans. This nigga special

Now you talking. Atlanta been running rap for 17yrs straight

The originators of hip hop was dancing around New York City in leather outfits. https://t.co/9UmcyJkhaA

So frfr Vince Staples lowkey right Atlanta has given us some iconic rappers cant deny that. They gave us Outkast so for that I love Atlanta

That SahBabii just dropped go educate yourself on Atlanta. Martin Luther King was from Atlanta and the flow was crazy. Stop talking to me.