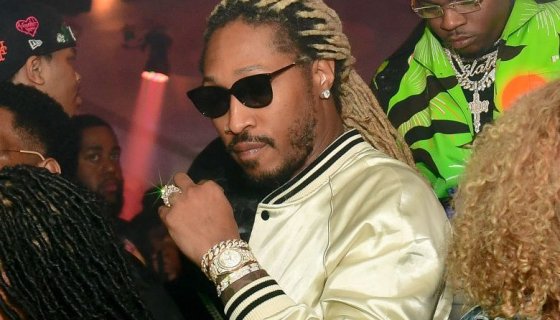 ‘s in love and it seems that his toxic traits have found a new place to reside-on social media targeting his newly confirmed sixth baby mama, .

On Thursday (May 21), one week after releasing his highly anticipated album, High Off Life, ‘s “high” didn’t remain for long after he took to Twitter to attack his newly acquired baby mama. The seemingly unprovoked verbal attack went down three-weeks after Eliza Reign won her first court battle against winning a whopping $53,000 a month in child support, but the two are headed back to court after Eliza claims that Future has been on a -evident by his toxic tweetstorm that took place later that evening-and for not seeing his 1-year-old daughter, at all.

People make lies up to make they self feel good.

Despite tweetstorm starting off cryptic, it wasn’t long before fans realized that Future was talking about Eliza Reign after the “Mask Off” rapper began to offer his “advice” on dating.

Dnt get high and treat a ugly girl pretty..HUGE MISTAKE

Ugly girls b in imaginary relationships

I told my dog learn frm u..

After realizing that Future was tweeting from his feelings, fans decided to weigh in on the situation and many were speaking out in a way that the “wasn’t expecting.

Although Twitter came with the jokes, Future’s bitter Twitter fingers kept going as he continued to have a subtweet conversation about his baby mama–with himself.

Caught me slipping ok so what

Although Future was spitting bitter vibes in her direction, Eliza Reign seemed to remain positive, posting a response to her Instastory calling for women to “stick together.”

“In all seriousness, as women, we must stick together and stand against abuse of any kind,” Eliza Reign wrote. “I’m not perfect. I’m a work in progress. We all are. But we all are beautiful, even when we fall short of other people’s expectations. Beauty shown the best from the inside. Don’t let no one, man or woman, make you feel less or that you don’t deserve everything you have and pray for.”

Even though the two have been trading shots at each other for months, it appears Eliza has risen above trolling the rapper on Instagram after having her day in court. Her last response on the matter for the time being called for peace instead of war for the sake of their child.

“War is not cute, I don’t want to wake up to lawsuits and filings daily. Especially over an innocent child. I miss the peace that I once had, but I also must do what I have to do to defend myself and my children. In America, we need to get over this culture of us women accepting abuse in silence.”

#ElizaReign coming through with a message for the women today!👀 (SWIPE) ( 📷:@gettyimages)

Future subtweeting his new baby mama calling her ugly and saying she look like a dog but she still hit and now she getting $50k a month from him. It’s a cold world

Future 10th baby mama after the judge grant her over half a million a year in child support 😂
pic.twitter.com/0RLXOB07Xu

Your mama and your baby mama. pic.twitter.com/qcLmnZAGLn

I would be a real toxic baby mama because if my kid had a step dad like Russell Wilson, they are absolutely not seeing their biological dad like Future. 😭 He died. That's the story.

Lmaoo Future is a grade “A” clown. You’re mad cause your baby mama won the court case? & then you retaliate by calling her ugly after YOU got her & a 1000 others pregnant? Says a lot more about you than her.

Future was in a ual relationship with a young lady for 2 years. She gets pregnant by him and chooses to have the baby. Now, he goes on a tweet rampage calling the baby mama ugly because she’s forcing him to step up.

So future has to pay his new baby mama $53,000 plus legal fees for takin her to court? ?? pic.twitter.com/ZYU0HPKfqk

Truth be told, I understand Future bro. If a baby mama I absolutely have no feelings for hit me with 50k a month I'd dedicate a whole day to slandering her on here weekly😂

future a grown ass man on a tweet spree about HIS baby mama calling her ugly now she getting half a mil in child support that’s y’all idol tho pic.twitter.com/a3BvKatylM