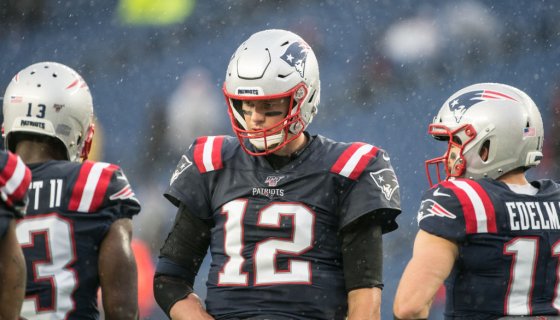 is out. The eventual Hall of Fame quarterback took to Twitter to announce that he’ll be leaving the New England Patriots.

The 6-time Super Bowl champion isn’t done with the game, though. Brady actually posted two statements, one aimed at the only organization that he’s ever suited up for since being drafted in 2000, and another for the fans.

“To all my teammates, coaches. executives and staff, Coach Bellichick, RKK and the Kraft family and the entire organization, I want to say thank for the past twenty years of my life and the daily commitment to winning and creating a winning culture built on great values,” said Brady in the first message. “I am grateful for all you have taught me – I have learned from everyone.”

The Deflate-gate slander is going to be potent thanks to that “great values” line.

As for the fans. Brady added, “I wanted to say thank you to all the incredible fans and Patriots supporters. MA has been my home for twenty years. It has truly been the happiest two decades I could have envisioned in my life and I have nothing but love and gratitude for my time in New England.”

Check out reactions below.

This will always be my favorite memory of Tom Brady on the Patriots. pic.twitter.com/VG0jaQ2IqH

Greatest to ever do it.