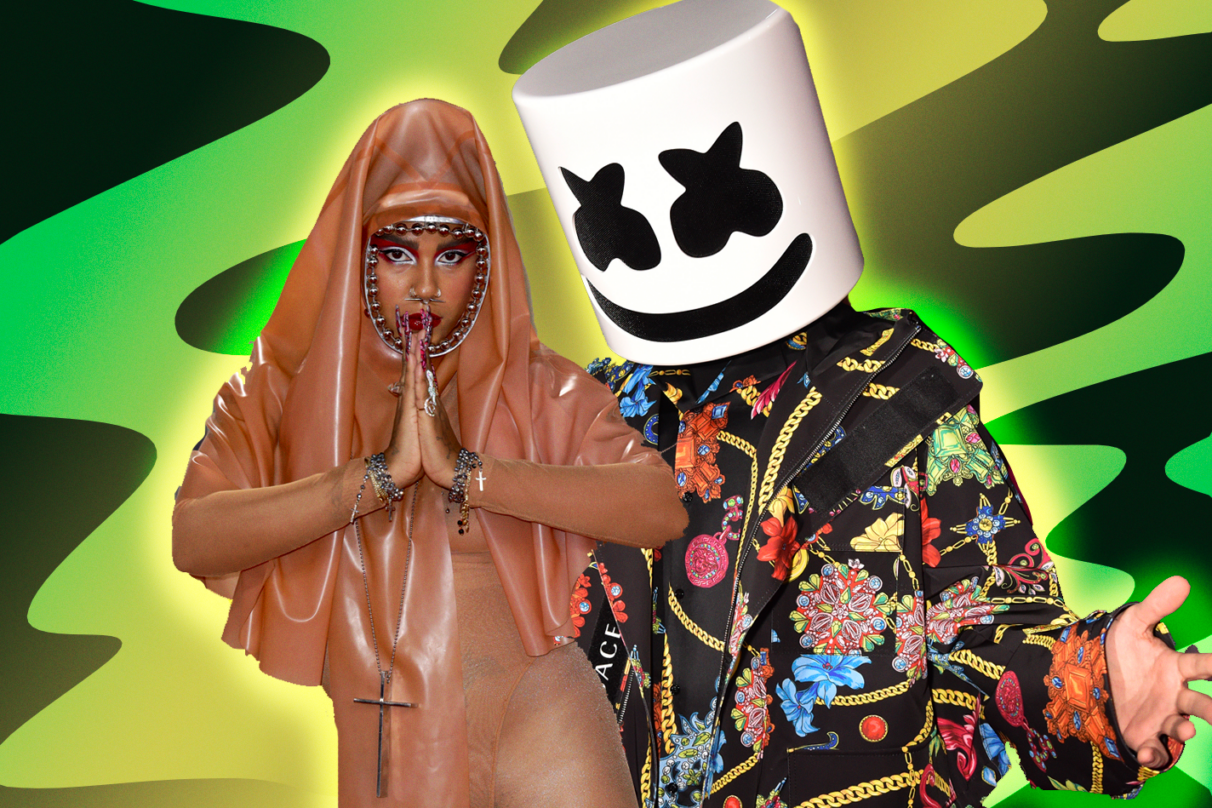 The American DJ known as Marshmello is getting a little toasty with Tokischa under the DR sun. He’s recruited the rapper to help him produce a new dembow project, which will include a song and a video.

Details are scarce right now, so we’re not sure what the song and video entail yet, but Marshmello has been keeping busy while in the DR, posting about his adventure on social media. In a series of photos, he gave followers a glimpse of him hanging out with a group of kids and other people in Santo Domingo.

There are also pictures of him passing out snacks (not marshmallows) to the kids and giving them high fives. “Life is a blessing,” he writes on Instagram.

Make sure not to miss the beyond-adorable video of him and a group of kids saying hello to the camera. Two of the kids follow up by saying, “Somos marshmallows.”

In the past, Tokischa has collaborated with artists like Rochy RD, Químico Ultra Mega, and Jamby el Favo. Recently, she teamed up with Spanish singer Rosalía for the song “Linda” (“Pretty”). “[Rosalía] is a great inspiration to me,” Tokischa said in a statement. “[She] is a very disciplined, hard-working, and lovely person.”

Tokischa also recently worked with Danny Ocean on the track “Dorito & Coca-Cola.” Her collab with J Balvin this year, however, took up most of the headlines for the controversy they created with the music video for the song “Perra.”