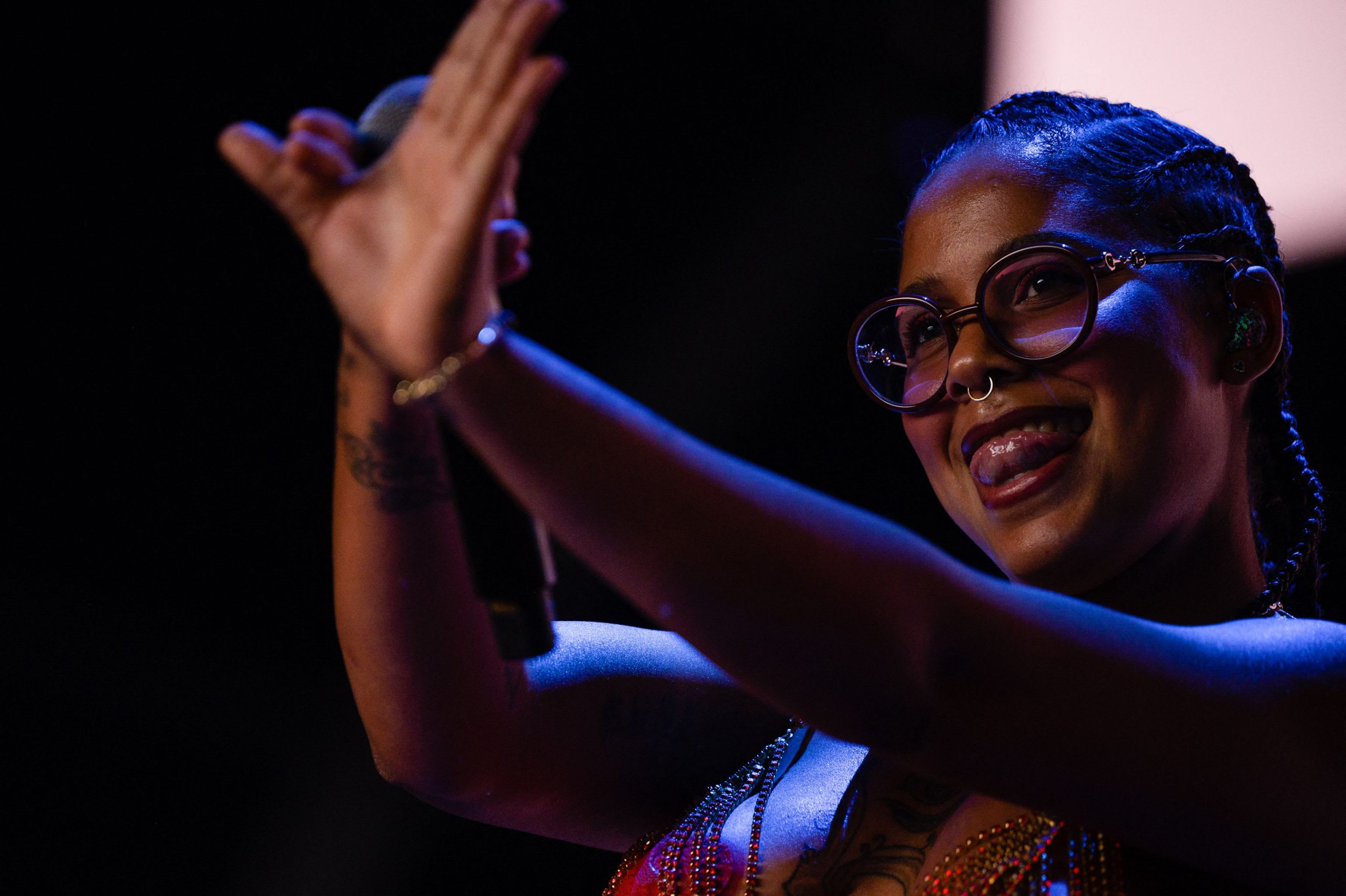 Following the release of her new song with Marshmello, Dominican artist Tokischa has come under fire for her support of Rochy RD, a dembow music artist from the Dominican Republic who was accused of sexually assaulting a minor.

Tokischa has been known to thrive off her irreverence — but some are now arguing irreverence has transformed into ignorance. Screenshots are circulating of what seems to be a now-deleted Instagram post, where she’s wearing a shirt that says, “Free Rochy Team Wawawa.” In the caption, she used the hashtag #FreeRochy and wrote in Spanish, “Menores (underage girls or boys) hustling for their money or sometimes free of charge. Getting dick left and right.”

Tokischa right now is supporting someone who is being accused of paying for a child prostitute and having sex with said minor. pic.twitter.com/BHAuLIPrzX

According to Dominican news outlets, Rochy RD was sentenced to three months in prison after being accused of having sexual relations with a minor who is believed to be a child prostitute. One of his close friends, “La Demente,” is also being looked at as an accomplice to the crimes. One news outlet wrote, “alcohol was consumed, the so-called hookah was smoked, and he had sexual relations with the victim.” It’s unclear exactly how old the victim was. She was not present for the trial.

During his trial on Sunday, the music artist was met with massive amounts of support outside the courthouse and online. The hashtag #FreeRochy trended on Twitter, and dozens of his supporters held signs outside of the courthouse that said “FreeRochyRD” and “Freedom for Rochy and La Demente.”

The news of Tokischa’s support for Rochy and the statement in her Instagram caption upset fans who were excited to see her star rise as she started to achieve mainstream attention. Multimedia journalist Jennifer Motaval expressed her disappointment in a thread on Twitter. She posted a screenshot of Tokischa’s post and wrote, “When you’re a writer that comes from a marginalized community and a woman at that, we often get extremely excited at the [sight] of representation. Multiple realities exist at once, right?”

Posting this because as writers/storytellers of music we have a huge responsibility. Many of us ID’d Toki way too early. And I put many of y’all on to her cuz that’s how much I fucked with her and her music. (1) pic.twitter.com/MTHeJVjax2

She notes that Tokischa’s presence in today’s musical landscape has opened up a conversation about sexual liberation and queerness. However, she writes, “the way she continuously perpetuates sexual infantilization and ignorantly navigates serious themes that have aligned her to a plethora of communities (THAT PUT HER ON) is not okay.”

Motaval ends her thread by saying that it was exciting to see a Dominican woman of color breaking barriers, but she refuses “to be in the wrong side of history because of trends.”