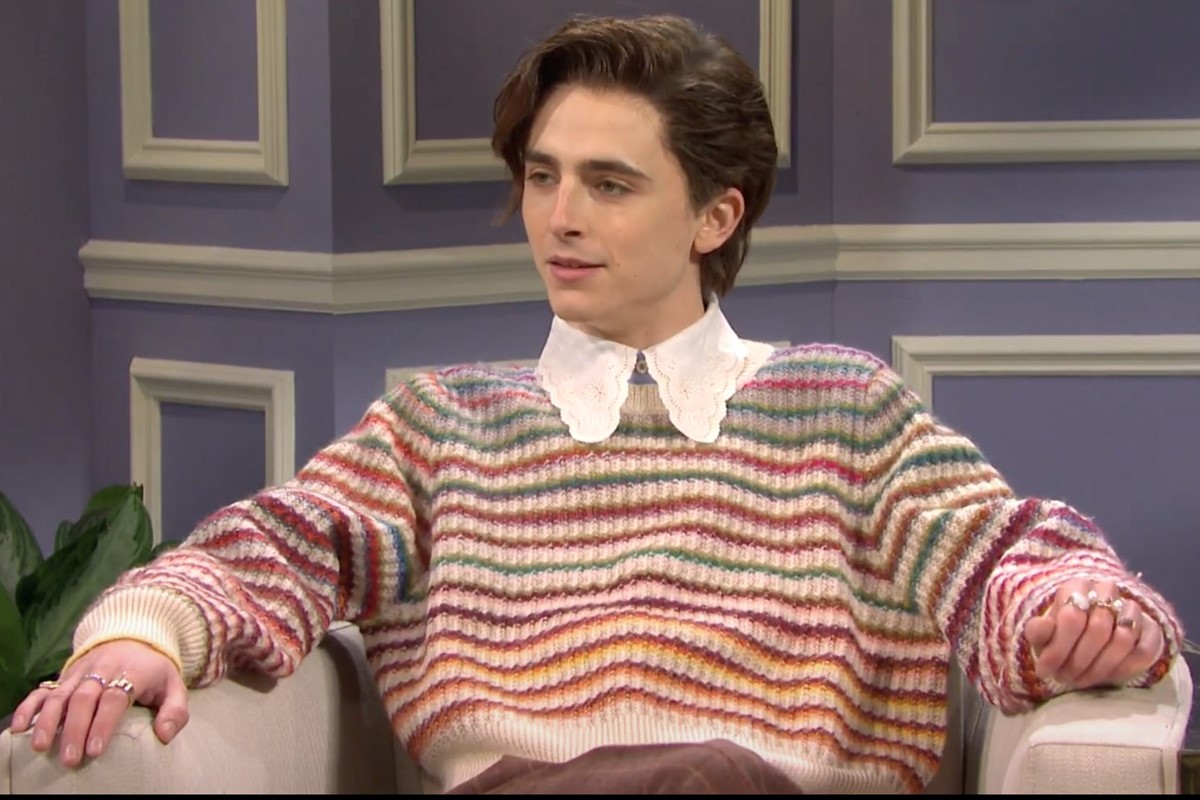 The actor embraced Styles’ love for all things Gucci

From his Peter Pan collars to his Mary-Jane shoes, pearl necklaces, and big blue tulle dresses, it’s fair to say that Harry Styles has firmly cemented himself as one of the most stylish men of these dark, dark times. And another man on that list? Timothée Chalamet, who has stolen hearts as the internet’s boyfriend.

Now, for all those who consider themselves obsessed with the pair – and if TikTok is anything to go by, that’s a whole lot of you – we’re happy to inform you that the actor and singer have come together (sort of) for a Saturday Night Live sketch.

Hosting the show for the first time on Saturday night, Chalamet played dress up as Harry Styles, acting as the “Golden” singer as part of a talk show-style sketch. Pretending to discuss Styles’ hit song, “Watermelon Sugar”, which Chalamet joked was actually about ‘oral sex’, the Dune actor nailed everything from the accent to the mannerisms – giving the occasional wink to camera – but it was the clothes that sealed the deal.

Embracing Styles’ love of Alessandro Michele’s Gucci, Chalamet wore a Peter Pan collar shirt paired with a cropped, rainbow-striped mohair jumper, high-waisted flare trousers, sparkling socks, and loafers, which he finished off with a selection of pearl-embellished rings. Acknowledging Styles as a fashion icon, Chalamet said: “I’m Harry Styles, I’m a singer, (a) sort of essential fashion man. You can say I do it for everyone.” Spot the lie.

Elsewhere on the show, Chalamet dressed up as a Soundcloud rapper with Pete Davidson, and the coronavirus in a sketch called “A Rona Family Christmas”, which saw the pandemic and its loved ones discussing their year of travelling and even visiting the White House.

Watch the full clip of Timothée Chalamet as Harry Styles below.