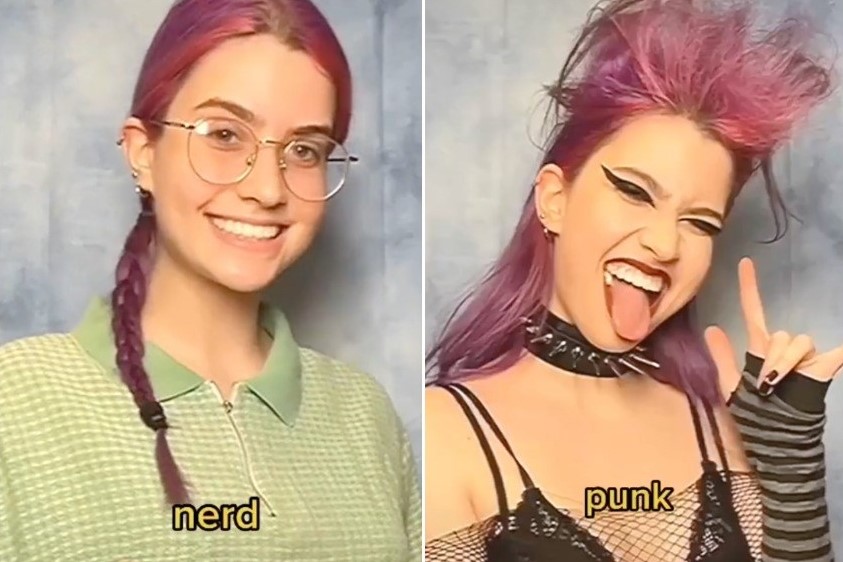 Besides singing sea shanties and acting out entire musicals for charity, recycling trends is one of TikTok’s favourite pastimes (much to the dismay of millennials). A new series of styling videos provides the perfect opportunity, too, with creators sharing their decade-hopping takes on “picture day”.

The videos see TikTokers – perhaps longing for a time when young people’s happiness wasn’t at an all-time low – raid their wardrobes to show how they might have dressed for picture day in a given year, ranging from the neckerchiefs and cat-eye sunglasses of 1955, to the Tumblr grunge of 2014.

Outfits in some of the posts are curated according to yearbook-style categories: most popular, class clown, most likely to go to prison, etc, etc. Others take us on a whistle-stop tour of style subcultures, from 90s grunge and punk (feat flannel and fishnets, respectively), to the athletes and preppy kids of the 80s.

Unsurprisingly, given that TikTokers tend to take their craft pretty seriously, the music has to be on point too. Nirvana’s “Smells Like Teen Spirit” accompanies a 1995 iteration of picture day, while 2004’s soundtrack comes courtesy of Natasha Bedingfield, and “Carry On Wayward Son” rings out over 1974. In a particularly iconic choice, Madonna is paired with metallic leggings and primary colours for 1984 (“Material Girl”, naturally).

Admittedly, the video trend isn’t entirely new. A similar challenge – aptly titled the “through the decades” challenge – cropped up last year, seeing TikTokers cycle through representations of each decade in a single video. This time around, though, there’s much more emphasis on the individual subcultures and cliques, putting TikTokers (and their wardrobes) to the test.

Watch some of our favourite “picture day” TikToks below, and revisit some of 2020’s most imaginative fashion challenges here.

This is probably by far my favorite one. Ib: @gracebritt #80s#aesthetic#fyp#fashion

1986 picture day! 📸 I won bessed dressed in high school! What did you get? 👀🥰 #fyp #foryou #foryourpage #outfits #mystyle #aesthetic #80s

playing dress up is the most fun ever ib @michaila.c @spencergoulding

♬ Rock Around The Clock – Bill Haley & The Comets