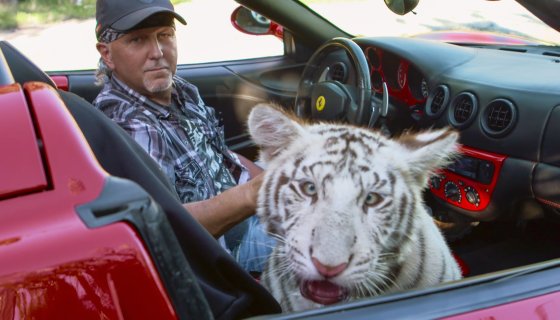 has become a cultural phenomenon across all walks of life. Although the series itself was an initial 7 installments, the madness may continue with another surprise episode per one of its participants.

Jeff Lowe claims there is a surprise episode on the way. If you’ve seen the series, Lowe is the guy who allegedly finessed Joe Exotic out of his own private zoo and dropped dime on him to the feds, too.

The popular Netflix docuseries “Tiger King: Murder, Mayhem and Madness” will add a new episode, it was announced Saturday.

Show fan Justin Turner, of the Los Angeles Dodgers, tweeted the big reveal with a video featuring one of the show’s characters, zoo owner Jeff Lowe.

“Hey Kourtney and Justin, this is Jeff and Lauren from the ‘Tiger King’ show on Netflix. Thanks for watching our show,” Lowe said in the video.

“Netflix is adding one more episode. It will be on next week. We’re filming here tomorrow.”

Considering the messenger, we’ll believe it when we see it. Lowe assumed ownership of the Greater Wynnewood Exotic Animal Park in Oklahoma after Joe Exotic went on an involuntary vacation.

Mr. Exotic aka Joseph Allen Maldonado-Passage is  in the Feds for plotting to kill his rival Carole Baskin. For what it’s worth, who allegedly disappeared.

Life comes at you fast.

So our friend @christie_dish listened to the podcast, @HoldingKourt and after last weeks episode decided to send us this!!!