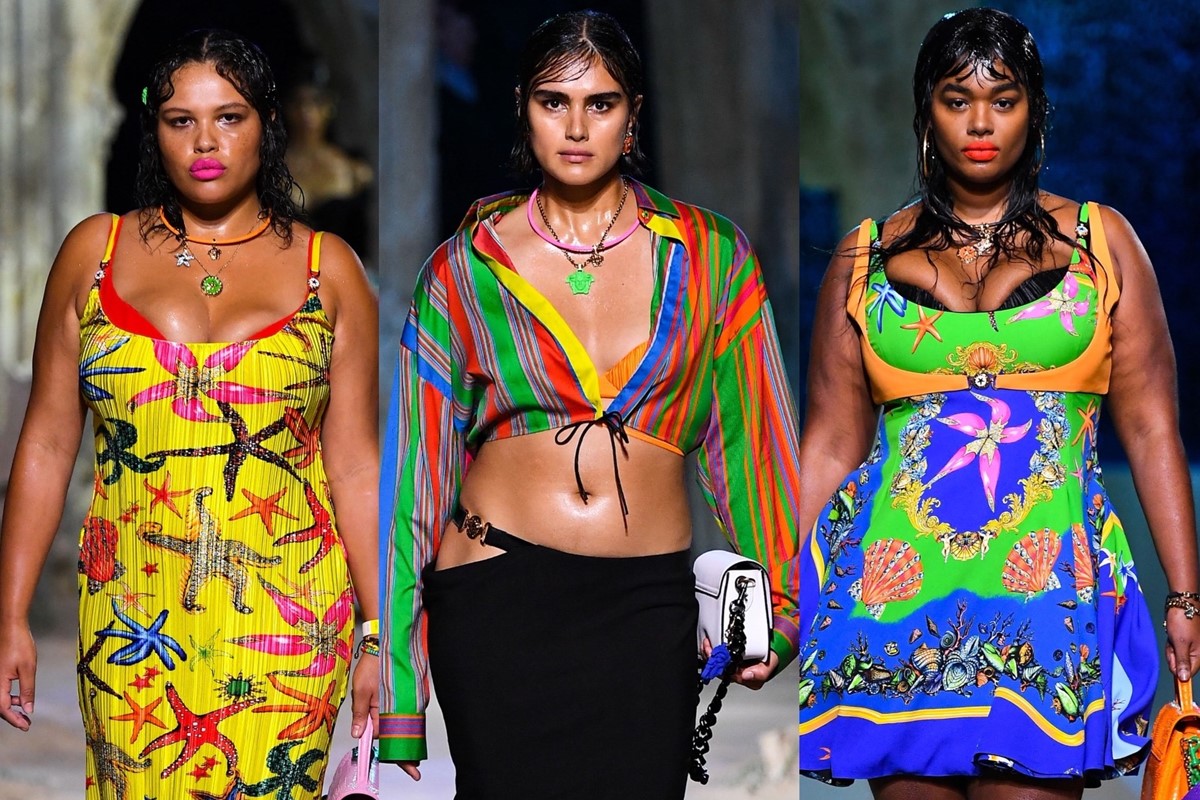 The road is long when it comes to getting to the point where the runway is truly inclusive – but, as of last night, we just made a little more headway. Taking place at a very different Milan Fashion Week was the SS21 Versace show, where Donatella had enlisted not just one, but three plus-size models to walk the runway for the first time in the brand’s history.

Featuring on the line-up alongside the likes of Mariacarla Boscono, Adut Akech, and Joan Smalls were Jill Kortleve, Precious Lee, and Alva Claire.

Submerged at the bottom of the ocean in a sexed-up version of Atlantis that Donatella dubbed ‘Versacepolis’, Kortleve was seen wearing a slinky cut-out pencil skirt and a bright cropped shirt, while Claire and Lee wore bold dresses dotted with starfish.

Former Dazed 100-er Kortleve is fast becoming a runway regular, with appearances at Alexander McQueen, Jacquemus, Valentino, and Fendi under her belt. She’s also no stranger to casually making fashion history, after becoming the first plus-size model to walk for Chanel in over a decade. Claire has appeared on the catwalk at Rihanna’s 2019 Savage x Fenty extravaganza, as well as at Collina Strada, Mimi Wade, and LaQuan Smith, while Lee recently became the face of Miu Miu’s latest campaign and landed herself a Vogue cover.

With the total of plus-size castings dropping from 86 models for SS20 to just 46 for AW20 across the four major fashion cities, SS21 could mark a significant turning point when it comes to their inclusion on the runway. The resounding statement within fashion throughout 2020 has been that the industry cannot continue ‘business as usual’ post-COVID – we hope increased body diversity is just one of the changes coming our way.

Check out the SS21 Versace collection in the gallery above, and read about seven times plus-size models slayed the runway here.