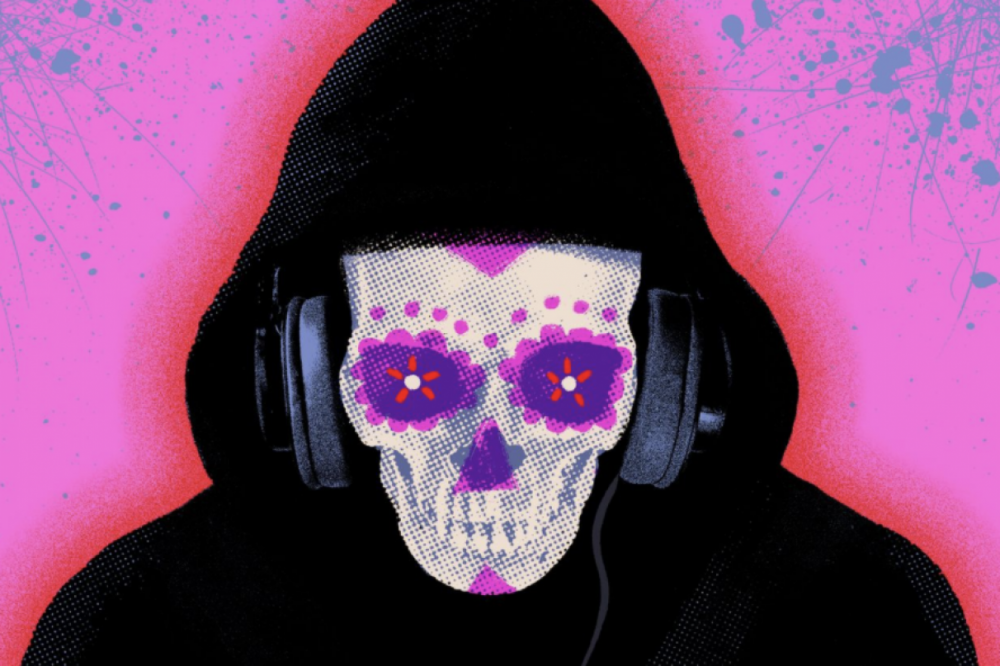 Halloween 2020 will go down as a Halloween like no other, and while the world around is scary enough, this spooky season waits for no one. LVCRFT, a trio of stellar songwriters—think hits for a slew of stars, like Beyoncé, Rihanna, Mariah Carey, Jennifer Lopez, Britney Spears and Amy Winehouse, to name a few—are ensuring it by bringing to life a chilling soundtrack we never knew we needed.

The Día de Los Muertos EP is, in part, a nod to the Mexican tradition but also explores other themes around death and revival. The songs are haunting but danceable, blending reggaeton rhythms, dramatic electro-pop, and eerie synth embellishments. Best of all, three of our fave Latinx ghouls—Jarina de Marco, Lao Ra and Kat Dahlia—are front-and-center in animating this chilling collection.

Out today is the first single, “Amor de los Muertos,” featuring Lao Llorona and Devil Dahlia. (You can probably guess who’s who, yeah?). The video premieres at Remezcla today:

“It’s about this toxic love,” Lao Ra tells Remezcla, noting classic rotten-romance stories like Natural Born Killers and Wild at Heart. In the latter, she says, “They’re sure they’re going to die, they’re running away from the police, and they’re fine because they’re going to die together. Which is, like, really f*cked up if you think about it. But, in a way, it’s this kind of romantic, dead love.”

While Ra recorded remotely from Madrid, Dahlia was able to get into the studio LVCRFT had set up specifically for this project. The trio, Peter Wade, Evan Bogart and Amanda “MNDR” Warner, are Halloween-all-year kinda folks so, of course, the studio was designed to the nines with the proper decor. Basically, it was a haunted house.

“There were literally like dead babies and skeletons and pumpkins, grim reapers in the corner, the lighting was all creepy and moody,” Dahlia says. “They did it up!”

More from LVCRFT and friends coming your way on Oct. 30 vía Día de los Muertos. (Be sure to check The Sequel, out since Oct. 1, for more creepy pop, too).