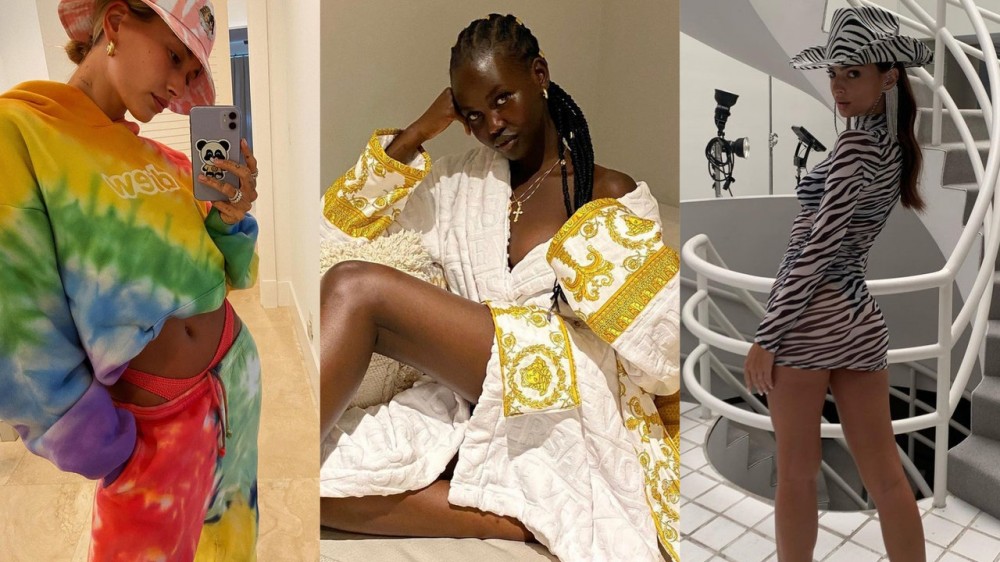 Red carpet followers didn’t have much to gawk at in 2020. This year, awards ceremonies went virtual and many movie premieres were cancelled, meaning A-list stars did not walk the step and repeat as often as they usually would. As a result, the year lacked the dazzling glitz and glamour that usually comes out of Hollywood—at least in the traditional sense. But the show must go on, and in lieu of a physical red carpet, stars wore their best looks at home, for any event, formal or otherwise. All dressed up with nowhere to go became the sartorial modus operandi.

We weren’t totally deprived of award show-level gowns, though. Who could forget Zendaya accepting her Emmy Award from home in custom Giorgio Armani Prive? Or when Sarah Michelle Gellar tuned into the Christian Siriano fashion show from her bathtub while wearing a feathered gown? But what was more charming was seeing stars dress up for no occasion at all. Take Lizzo, who did some recording in her home studio in a tulle-overlay crop top and ripped jeans. In October, Gabrielle Union slipped into a two-tone Christopher John Rogers suit at home that was meant for the red carpet—instead, she struck a pose in it on her staircase, because why let the look go to waste? Another consistent outfit-winner this year was Kylie Jenner, who treated her backyard as a runway, slipping into Charlotte Knowles two-pieces, vintage Dior, and a graphic Marine Serre dress.

During their down time, celebrities also offered us a glimpse inside their homes, and gave us a taste of what they dress like when relaxing—though, spoiler alert, many of them still dressed up for their “chill” looks. Designer Victoria Beckham, for instance, showed what her version of loungewear looks like—a chic, two-piece knitted set by her own label. Model Adult Akech also gave R&R a high-fashion spin, cozying herself into a Versace bathrobe. Hailey Bieber also repped her husband Justin’s Drew House pieces, including a cute tie-dye sweatsuit (the look of summer 2020).

Below, more of the year’s best celebrity fashion moments from home.