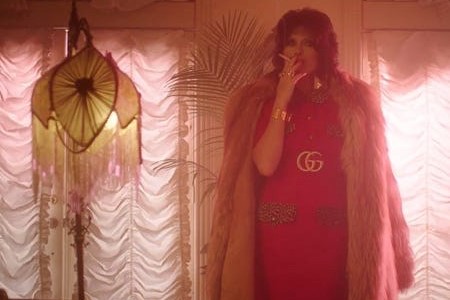 Fashion has a long and grisly past when it comes to criminal acts and dark deeds – and no, we’re not talking about the looks turned by Lily Collins in Emily In Paris, though they will surely go down as some of the industry’s most heinous crimes.

Documenting some of the very real crimes that have rocked the industry is new Quibi release Last Looks. Narrated by Dakota Fanning, the 18-part series delves into the murder of Gucci heir Maurizio Gucci at the hand of his ex-wife Patrizia Reggiani, fake heiress Anna Delvey’s summer of scam, the tragic death of model Vicki Morgan in 1983, and more.

As told through in-depth interviews and dramatic recreations, the series examines the circumstances which led to each crime, while also training its lens on the fashion industry and raising questions as to its influence on those involved.

The series, which lands today, coincides with news confirming Anna Delvey is now up for parole, and could walk free from New York State’s Albion Prison as early as February 2021. A ten-part miniseries charting Delvey’s rise to the upper echelons of high NY society and her subsequent fall is also on the horizon, with The Assistant and Modern Love star Julia Garner taking on the role of the legendary German grifter.

Elsewhere, the story of Maurizio Gucci’s murder is set to be dramatised, with Lady Gaga rumoured to be stepping into Patrizia Reggiani’s shoes, and Jared Leto, Robert De Niro, Adam Driver, and Al Pacino in talks to star. With Ridley Scott in the director’s chair, the movie was slated for release in November 2021, but expect to see that date significantly thanks to coronavirus-related delays.

Watch the trailer below.