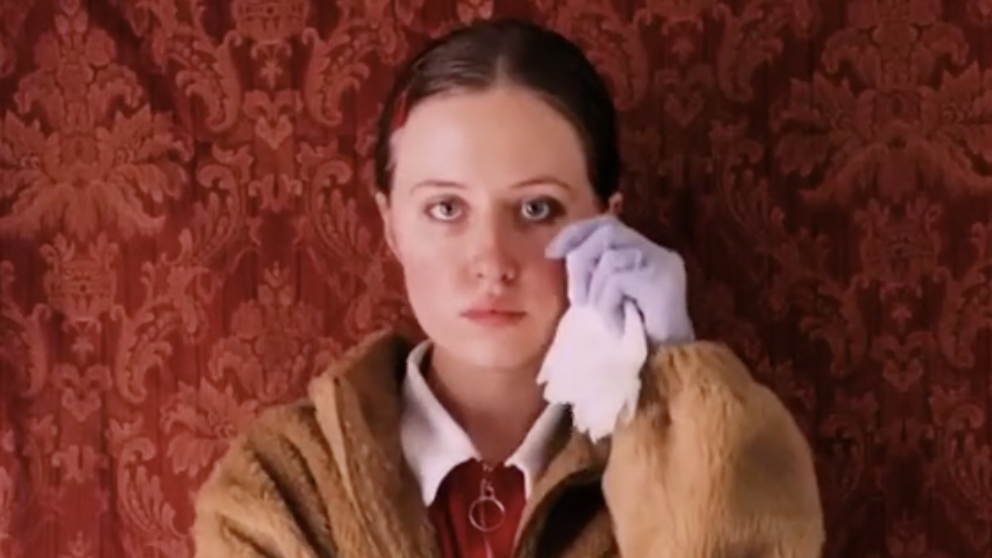 TikTok is generally a place to show off your new fit, do a little dance, or make people laugh with some candid commentary. But Madelaine Turner is aiming to elevate the platform—and she’s using cinematic videos to do it. On her TikTok page, the 27-year-old screenwriter, who is based in Long Beach, California, posts short films that channel the directorial styles of Wes Anderson, Tim Burton, and more. “I am deeply, embarrassingly, in love with storytelling in all forms,” Turner says. “I’m really drawn to filmmakers who—I think compulsively—need to color outside the lines.”

Since joining TikTok in February last year, she has amassed over 380,000 followers for her mini movies. Her first viral hit was a Wes Anderson-inspired take on a pandemic routine. In another video, she mashed together Twilight and Gossip Girl. She says she gets her creative ideas organically, often starting with the music first. “I’ve always had little narratives playing out in my head when listening to music, and it seemed like such a fun and creative exercise to try and create those narratives within the confines of my apartment,” she says.

None of her clips would be as effective without spot on costumes, which she often thrifts. For a Jane Austen-inspired take on Mean Girls, she wore retro lace dresses and ruffled gloves. In a The Parent Trap-inspired clip, she looked eerily similar to Meredith Blake, red lipstick and all. “I like bright, funky, comfy things,” she says of her approach to costuming. “I like pieces of clothing that make me laugh. Stylishly.”

Below, Turner discusses her creative process, what her favorite movies and directors are, and what new ideas she has floating around for her next short.

What's your process for creating TikToks? Where do you get ideas?

I’m absolutely worthless without music! It’s truly the main source of my content and fuels most of my creative process. There’s no real method for it (I wish there was, I’d be way more productive), but sometimes I’ll just hear a certain song, or a melody, or an audio recording, and it’s like *click.* I see the whole thing.

The genre mash-ups I do are often born from hearing a piece that puts me somewhere in between two totems of pop-culture. Like, the Twilight/Gossip Girl parody was just “Supermassive Black Hole” coming up on shuffle and thinking “Omg, this sounds like a song they would have used on Gossip Girl... Wait!”

You must have a love for films in general. What are some of your favorites that always inspire you?

How much time do you have? I am deeply, embarrassingly, in love with storytelling in all forms. Even if I don’t particularly enjoy their full catalog, I’m really drawn to filmmakers who—I think compulsively—need to color outside the lines. I’m a total sucker for aggressive aesthetics, so some influences would definitely be Wes Anderson, Bong Joon Ho, Jacques Demy, Baz Luhrmann, Edgar Wright, Autumn De Wilde, Michel Gondry, Spike Jonze.

In no particular order, a few of my favorite films are West Side Story, Alice In The Cities, Clueless, The Birdcage, Romeo + Juliet, Hannah & Her Sisters, Scott Pilgrim vs The World, Napoleon Dynamite, Emma (2020), Chicago, Parasite, and (of course) Pride & Prejudice.

We also love that you also get into character; your wardrobe fits perfectly into whatever character/film you're embodying. How would you describe your closet?

Lots of vintage. I’m a big time thrifter. Growing up, fashion was very much an Abercrombie wasteland, and thrift stores were the only places I would find cool clothing I could afford. Now, I can’t imagine shopping anywhere else. I like bright, funky, comfy things. I like pieces of clothing that make me laugh. Stylishly. And, I like the treasure hunting element. I’m a sucker for a good pair of vintage Levis, or a really absurd t-shirt, or a pair of shoes that make you say “… Hmmm.”

How would you describe your style when you're not making TikToks?

What's the most special piece in your wardrobe?

The ugliest, scratchiest brown sweater you can possibly imagine that belonged to my dad in the ’90s. He passed away when I was four and it’s one of my most treasured belongings.

What has been your most viral video, and why do you think it went viral?

Until about a month ago, my most viral video was the Wes Anderson parody I did in May, of last year. However, I recently did a sort of pastiche accompaniment to this audio from The Astrology Album by Gary Usher that went absolutely massive. Like 3 million views in a day. The audio is from this kitsch record from the 60s where songs are about different traits of each Zodiac sign. It’s very fun. Very groovy. I had found it awhile back, but waited to make the video until it was “Aries Season”—since I am [insert hair-flip] an Aries. I think it did well because people like feeling seen, and being able to connect. Even if it’s just a birthday, or a rising sign. I’ve always liked how horoscopes offer a common language for people to communicate aspects of themselves to others. I think it's ultimately a very unifying thing.

What's your favorite TikTok of all time? And which one took you the longest?

Each one is both precious and somewhat ludicrous in my eyes. They’re all my favorite and I loathe all of them. I’m really proud of the Mean Girls/Jane Austen mash-up, “Contemptible Ladies”, in terms of writing and costuming. (It’s also the one that took me the longest to make: One full day of filming, one full day of editing). “Home Sick” was the first animated short I ever attempted, and it still makes me really happy when I rewatch, and “Les Incompétents” was a seriously dumb idea that my (very cool Gen Z) brother starred in and wrote with me. It was so fun to film, and I’m shocked it turned out as cohesive as it did.

What's the next big idea you want to attempt on TikTok?

Besides the remaining eleven zodiac videos I’ve apparently committed myself to… I try to treat my page as a portfolio and playground to have fun and experiment with. I’m taking on some pretty exciting (read: daunting) projects outside of TikTok, so I want to keep the app as a means to creatively reward myself and just create whatever I feel inspired by at the moment. I feel really grateful to have it and really, really grateful that others want to watch.