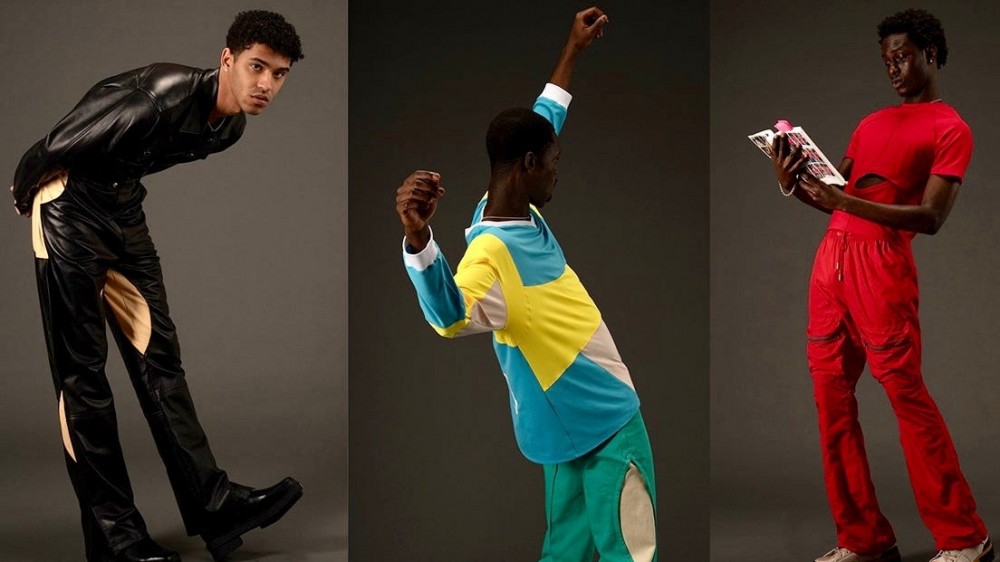 Every designer has unique inspirations and references that ground their work. For Taofeek Abijako, the recurring obsession that fuels all of his designs is books. With his Brooklyn-based menswear label, Head of State, Abijako constantly imagines clothes that some of his favorite novel characters would wear, and then brings them to life. “It’s a combination of the characters in the books, and the author’s approach to writing, that inspire me,” Abijako says.

Before moving to Albany in the U.S. from Lagos, Nigeria in 2010 (his family won the Visa lottery), Abijako first got interested in fashion by watching his father, a fashion designer, work in his studio. “People from all ethnic backgrounds were welcome in this space, and I saw this space where there was no limitations to fashion,” he says. In high school in the U.S., he then self-taught himself how to sew and slowly began selling pieces to friends and family, eventually launching Head of State as a full-on brand.

Today, the line continues to fuse his Nigerian roots with an American sensibility. “I always tell people to come with an open mind about what they think African fashion is, and then to get rid of that in your head,” Abijako says. “The silhouettes are heavily inspired by West African traditional wear—there’s this idea of volume and A-shapes—but you can see the western inspiration with the sport and utilitarian pieces.” One his ongoing inspirations, he says, is postcolonial youth culture in Africa, because it’s “a marriage of traditional way of living and Western imposition. That marriage creates a new language.”

Sustainability is another big aspect of the brand. “I grew up on the mainland in Lagos, and there was a lot of flooding and ocean waste coming in,” Abijako says. “I thought, whatever I want to do with my brand, I have to be intentional with it, and to not contribute to this.” Right now, his line is about 70 percent made with sustainable fabrics. Building collections around whatever fabric he stumbles upon is enjoyable, rather than a hurdle. “It challenges me as a designer to think outside of the box,” he says.

Abijako’s latest collection, titled “Johnny Just Come,” embodies all of these signatures. It was inspired by two of his favorite books by the late Nigerian novelist Chinua Achebe, No Longer at Ease and Chike and the River. “A prevalent theme in Achebe's novels is the intersection of African tradition and modernity, especially as embodied by Western imposition,” says Abijako. The designer says he connected with Achebe’s point of view when designing the new collection, as Abijako, too, enjoys fusing his Nigerian roots with a more American sensibility. “They’re two coming of age stories, and I see a lot of myself in them,” he says of the books.

Below, Abijako walks us through just how two of Achebe’s novels inspired his new designs.

No Longer at Ease

The plot: “This book is about Obi Okonkwo, a young man about twenty-six years old, who returns to Nigeria after studying in England for four years. Once back in Nigeria, Obi stays in Lagos with his friend Joseph, trying to find a job and a place of his own. Obi finds a job with the Scholarship Board and is almost immediately offered a bribe by a man who is trying to obtain a scholarship for his sister. He continues to take bribes until he reaches a breaking point, working to pay off his debts and end this cycle of corruption. It is at this moment, however, when he has taken his last bribe, that he is caught.”

Chike and the River

The plot: “Chike has lived in Umuofia for his entire life, until his mother sends him away to live with his uncle in Onitsha. He has never left his hometown, therefore, he is excited, but nervous about his future. He has heard many great stories about living in a big city, yet, his mother warns him of the dangers of living in a place like Onitsha, located on the banks of the Niger River. Over the course of a few months, Chike makes many friends in school and discovers his love for soccer in Onitsha. In spite of his mother's warnings and fears of the river, Chike longs to cross it to the city of Asaba, but he doesn’t have the sixpence he needs to pay for the ferry ride. With the help of his friend Samuel, he embarks on a series of adventures to help him get there. Once he finally makes it across the river, Chike realizes that life on the other side is far different from his expectations, and he must find the courage within him to make it home.”