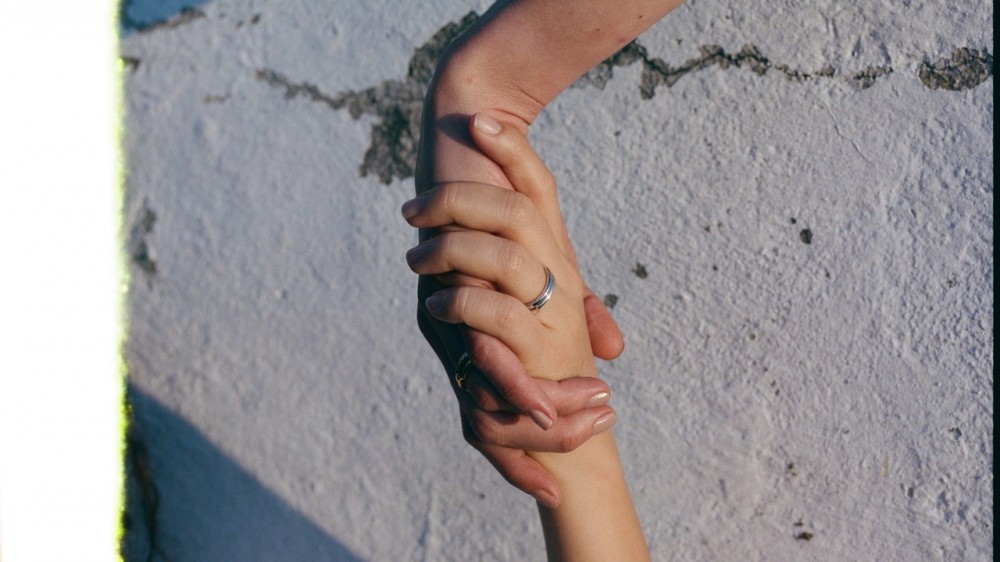 For years, Mexican jeweler Aaron Changpo, who is based in Mexico City and known for his streamlined, genderless jewelry line called Varon, toyed with the idea of launching engagement rings and wedding bands. While he had created sterling silver rings, pearl necklaces, and shapely ear cuffs for all genders, he saw a need for a less-gendered approach to wedding styles as well (which we all know can be painstakingly traditional and focused on the bride-to-be).

He knew he was onto something in 2018. “A friend of mine came to me for an engagement ring, and then two days later, his girlfriend also came in and said, ‘I want to propose to him,’” says Changpo. He realized that this type of modern approach to marriage should have the contemporary jewelry options to go with it. “I ended up creating a design [for both of them] with the same stone, and that could be delivered on the same day,” he says, adding that the couple ended up proposing to each other simultaneously (with the help of Changpo’s clever scheming, of course).

Flash-forward to today, and Changpo is now launching VRN, a secondary line solely devoted to engagement rings and ceremony bands. The discreet styles—some completely devoid of embellishment, others accented by tiny diamonds or tasteful, square-cut stones—are meant to be worn by any and all. “It’s all about love, inclusiveness, and sacredness,” says Changpo. “When I’m designing, it has to be attractive for anyone.”

The line is especially appealing to LGBTQ+ couples. Gay marriage was only legalized in Mexico City back in 2010, and around that time, Changpo began to see a market for this type of assortment. “I was doing a lot of design for same-sex couples,” he says. “There wasn’t a jewelry brand here having an awareness of this, or embracing these kinds of new rituals of marriage. They came to me and they trusted me.” As his clientele grew, Changpo wanted to create a collection that answered their popular requests—designs that are personal, timeless, and different from the pack.

Retailing from $1,000 and up, the VRN styles are informed by the type of minimal designs that his clients have asked for over the years. They include simple, thin bands in yellow gold or white gold that are set with stones such as diamonds, emeralds, or rubies. The offering contains a set assortment of seven styles, though they can be totally customized according to one’s tastes. Built-in grooves in the bands physically link the ceremony bands and engagement rings together—a touching symbolic detail.

The jeweler says he now sees more couples designing their wedding rings together, and he wants to craft rings that entirely represent who they are. “There’s a difference between straight couples and gay couples, but at the same time, the intention is the same—it’s love,” he says. “It’s the starting point of their journey together. A lot of people hire a wedding planner to do everything, but with the engagement process and engagement ring, it’s very honest and personal. That’s the beauty of it.”