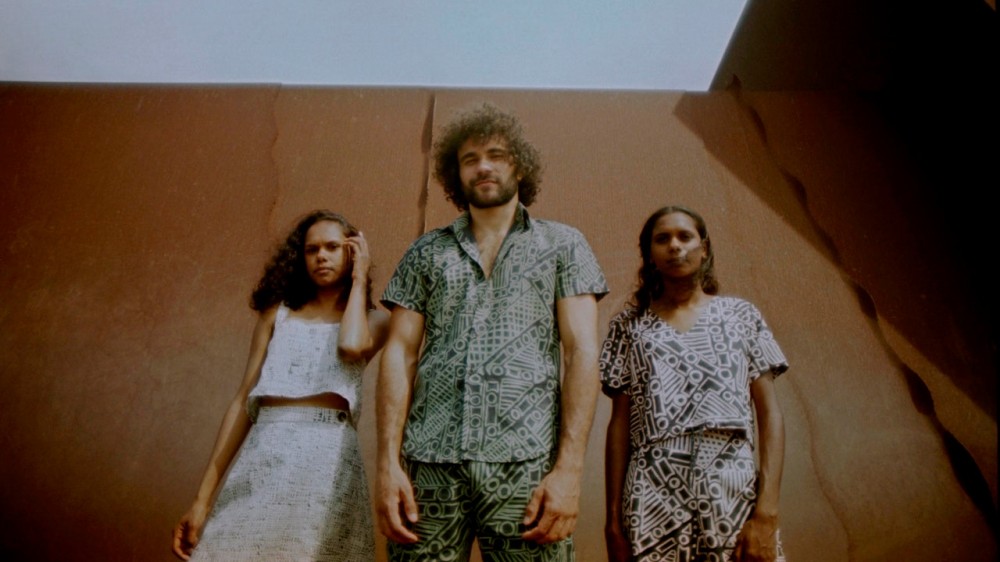 Perina Drummond’s story of founding her all-Indigenous and –Torres Strait Islander modeling agency, Jira, starts in an iconic Australian setting: a Melbourne tram. “I met my first model, Cassie, on one in Brunswick. It was weird,” she laughs, thinking back to cold approaching model Cassie Puruntatameri on her way back home from Queen Victoria Market, “but it was such a good start to the agency.”

It was 2017, and the Torres Strait–born stylist and former model decided to respond to a dearth of Indigenous representation in the local Australian fashion landscape. Thanks in no small part to the tireless push for momentum by Indigenous communities putting inclusion on the mainstream agenda, it reached a new urgency. Jira became the first major agency of its kind in the country, addressing a crucially underserved area.

“There were a lot of people—creatives and professionals—that were screaming for Indigenous models,” she recalls. “I’d literally pick up my phone, and I’d have somebody on the call saying, ‘I’m ready to shoot.’”

Four years later and she’s reshaping the mainstream understanding of what the instantly recognizable version of Australian fashion looks like: sun, swim, sometimes exclusively coastal, and, previously, mostly white. Instead, she’s mentoring young models, providing pathways into the industry, and now curating a landmark moment—a runway show that will be one of two all-Indigenous fashion shows ever on the Afterpay Australian Fashion Week schedule.

Presented by Indigenous Fashion Projects, a project of the Darwin Aboriginal Art Fair, it showcased today six First Nations designers from around the country, including Liandra Swim by designer Liandra Gaykamangu; Maara Collective; Kirrikin; Melbourne label Ngali, known for its swirling silken prints; and two more swim labels, Indii and Native Swimwear. It drew on tens of thousands of years of history. All six designers will then participate in the Pathways Program, an initiative launched last year by department store David Jones that sees each label paired with an established industry brand for mentorship, then supported by seminars, workshops, and networking opportunities facilitated by the retailer over 12 months.

With Samantha Harris walking among the models and attendees including the premier of New South Wales, Gladys Berejiklian, and sporting legend Adam Goodes, she sees it as a moment of community where the growing number of creatives from a First Nations background can work together in a safe space, in what is a model for the future. “I feel the difference when I work with non-Indigenous folks than with Indigenous people. There’s just a different momentum, and there’s just a different way that we communicate.”

“You almost feel like you’re at home when you do stuff together, even at fashion shows or photo shoots,” she continues, noting that, despite progress, the industry is still dominated by non-Indigenous narratives and can feel unfamiliar to some First Nations people. “As our community grows within the industry, there’s more relaxation. It’s so good that we can still bring that into a space that’s very foreign.”

Drummond touches on the idea that comfort and trust are still barriers to more involvement by Indigenous Australians in the fashion industry and cultural sensitivity is crucial. “Just understanding that English isn’t their first language or their second,” she says of young models who speak one or more of the 120 different Indigenous languages still spoken today. (There were 250 at the time of British colonization.) “Sometimes it’s their third or fourth language,” she says. “It’s definitely overwhelming for them and something that really scares them off.”

The talent she works with has taken on such hurdles, something she supports them with. “We were up in Sydney for a shoot once, and I had to houseparent one of them. I made sure we caught different flights so she got used to flying by herself. But at the airport I was teaching her how to read the departure signs and the arrival signs, making sure she knew which column…like, ‘That’s where your gate is. That’s your boarding time.’”

Her role is granular in this sense, taking time and a slower approach rather than pushing young models to go hard and fast as has been industry practice for so long. Instead, she travels to remote communities frequently, building trust and showing aspiring models whose connection to country, family, and culture is inextricable with their identity that they can leave but return home, flipping the traditional trajectory of international runway supernovas. She knows a thriving industry in Australia can support their work here and keep them connected to culture.

She foresees only more opportunities for future models, starting with these first Australian Fashion Week shows. “It has been a journey to see Indigenous women from where we once were, not having this opportunity, to now, where we’re almost at the forefront of Australian fashion. That’s such an exciting feeling.”

Named after her great-great-grandmother, Nara Jira Para, from Wuthati Country in Queensland, Jira is now based in Drummond’s home of the Torres Strait because of COVID-19. However, she takes trips to remote communities, like Kimberley in Western Australia, unearthing talent. “It’s quite a utopia out there, to be honest,” she says. And her advice for any First Nations people considering a career in fashion? “By all means, do it. Find a way to do it, even if it means contacting me just to get advice.”