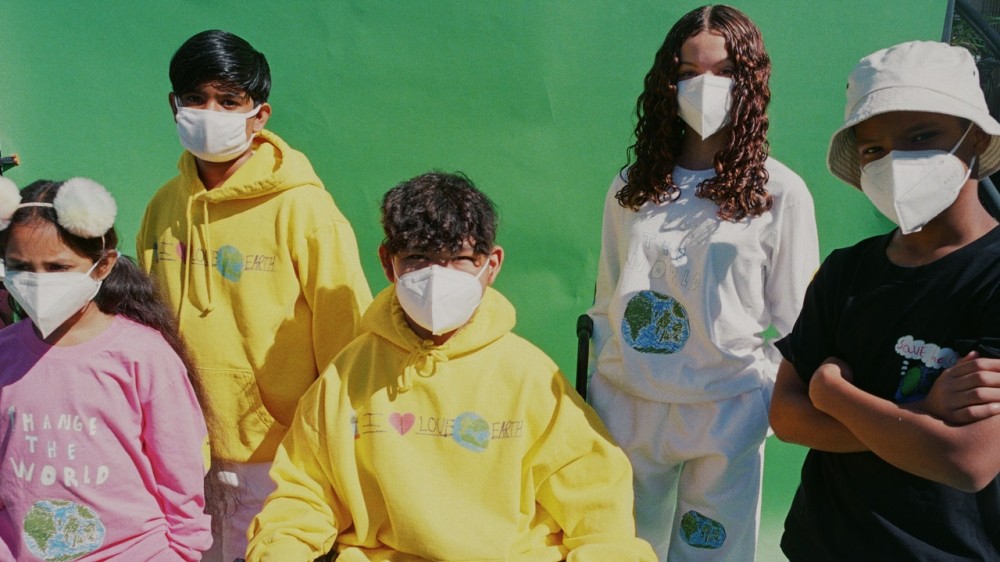 “About five years ago, I really started thinking: What can I do in the fashion industry that has purpose and can make an impact?” says Robbie Stuart, an alum of Alexander Wang and Helmut Lang. “I wanted to have a bigger purpose than just working for a fashion brand. Obviously I want to continue to contribute, but I wanted to find something that I could do that I could really see a change.”

Her answer is the new organization Kids Worldwide, which is a two-pronged group that provides arts education to underprivileged kids, using their artwork on garments that are sold to benefit The River Fund, which combats hunger and poverty in New York City.

Stuart started working with The River Fund on a personal level several years ago, slowly developing the arts program for children alongside TRF’s founder Swami Durga Das. “I started this two-and-a-half years ago, but I feel like right now is such a pivotal time in history. I think the country is really divided, and I think that there is so much concentrated privilege,” says Stuart. “With these workshops, the intention is to kind of bridge that gap by building bridges between the communities, because I really believe that collaboration and like immersing yourself in different communities is where culture truly lives. Kids Worldwide is everything that I believe a fashion brand should be. It’s standing for community.”

The arts workshops Stuart organizes pair children with leaders in all different kinds of fields, from nutrition to psychology to astrophysics. Each workshop features a different theme, allowing the kids to explore ideas around health, family, and science creatively. On its own, the project would be an essential service for young people, but in the wake of ever-shrinking funding for arts education in the United States and abroad, using the idea of art as a vehicle for the exchange of ideas is even more relevant. “I think artwork and creativity, just the act of drawing, is really therapeutic in nature,” says Stuart.

The first set of products that will arrive from the Kids Worldwide fashion brand center on the idea of climate change. Artists from the ages of eight to 22 drew their interpretations of the threats posed by global warming, which were then printed on sustainably made tees, hoodies, and sweatpants from Everybody.World in Los Angeles. They will be sold through Kids Worldwide’s own e-commerce and on Ssense. “Their artistic expressions turned into clothing, and then we did a fashion shoot with them wearing their own designs. It was a 360 experience of being involved in something,” says Stuart. “For them to see that they can do something in a workshop, they can see it on clothing, they can be in a photo shoot, and then they can see the photographs on Ssense or see it in the press is kind of opening their eyes to the reality that the world is a big place. You can see beyond the adversity that you face day in and day out.”