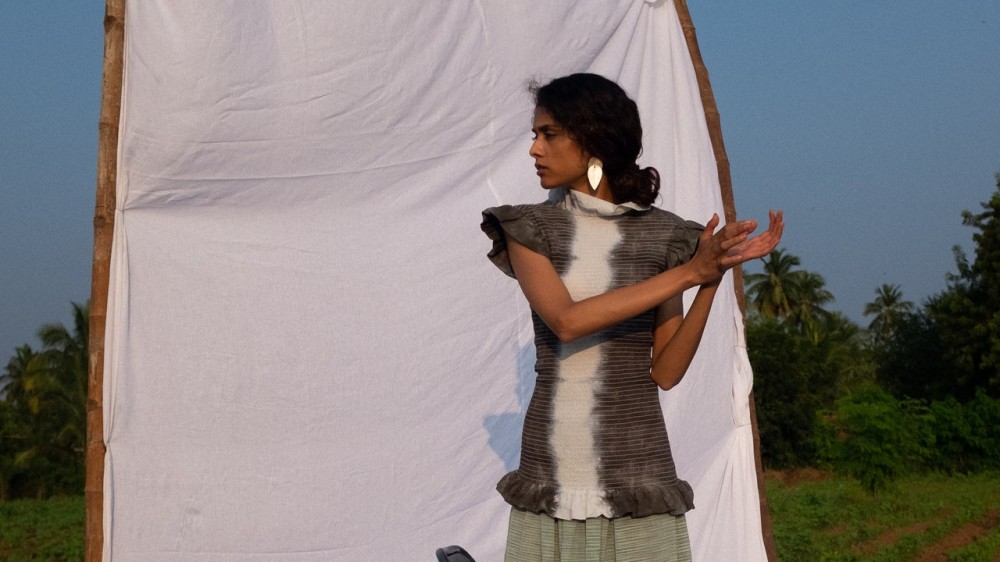 Maybe fashion is rallying around regenerative ag, as it’s come to be known, because it’s so different from the other sustainability trends and buzzwords we’ve encountered. It has virtually no downsides or compromises, and it isn’t just “less bad” than conventional farming. It’s categorically good, and it’s good for every living thing involved: the farmers, the plants, the animals, the soil, the micro-organisms in the soil, and, eventually, the consumer. As Eileen Fisher put it in a recent Vogue interview: “This is one of the places where we can make a positive impact. Rather than just pollute less or do less harm, we can actually revive the earth through the process of making clothes.”

In short, a farm becomes regenerative when its soil can “draw down” and absorb carbon, which regenerates the land and reduces the excess of carbon in the atmosphere. At present, the earth’s carbon balance is dangerously lopsided: The soil needs more of it (as carbon helps soil store water and feed plants), while the atmosphere has roughly 109 billion tons too much, which has led to global warming, rising sea levels, extreme weather events… the list goes on. Conventional agriculture methods like deep tilling, mono-cropping, and pesticides can lead to stripped, depleted soil, which can’t draw down carbon or support biodiversity. Regenerative farms, on the other hand, omit pesticides and strategically arrange plants so they can grow, flourish, and support each other: Cover crops are used to provide shade for smaller ones; animals may be brought in to graze and fertilize the soil; and “pollinator strips” are planted to attract bees and butterflies. It’s often said that regenerative farming mimics nature, with a vast array of species living as they normally would.

The fashion opportunity lies in sourcing materials from regenerative farms and, more broadly, investing in regenerative solutions as a form of carbon offsetting. It isn’t just cotton or plant-based materials that qualify, either; wool can be regenerative, as Allbirds has shown, and leather, too. But here’s the problem: Most designers couldn’t tell you where any of their materials came from, let alone who grew the fibers or how much he or she was paid. Fashion’s sprawling global supply chain has made “traceability” difficult, and it isn’t enough to rely on flimsy labels like “organic” and “all-natural.” That’s where Nishanth Chopra comes in: In 2015, he launched Oshadi Studio as an exercise in “seed-to-sew” fashion design. It’s since grown into a fully regenerative supply chain that any brand can tap into.

Chopra leaned into what he calls “ancient Indian farming techniques” after growing up around the opposite. His family had a large textile factory in Tamil Nadu, one of India’s biggest textile hubs, and Chopra saw the adverse effects of industrial manufacturing on the community and land: polluted rivers, smog, high infertility rates, cancer. “I realized that way of doing things was not for me,” he says. “I complained for quite a long time, but then I realized I needed to start somewhere. Maybe I’m not going to change the entire industry or even the entire town, but I can do my part.”

Chopra visited farmers in remote villages and forests to learn their techniques, then partnered with an artisan community in Tamil Nadu to start working on his first collection. At every turn, he ran into a new problem to solve: waste, toxic dyes, even the costing practices around cotton and labor. “We looked at what’s wrong at every step, then figured out how we can solve that from our brand’s perspective,” he says. It became clear that the only way to guarantee sustainable and ethical practices at each phase was to keep everything under one “roof”—so Chopra hired farmers to grow the cotton, then local weavers to turn it into textiles. There’s a natural dyeing collective, too, and a block printing studio.

In those early days, Chopra hired Richard Malone—then a recent graduate of Central Saint Martins—to design Oshadi’s first capsule collection of organic cotton dresses and separates tinted with botanical dyes from the farm, like palash flowers (which create a pale pink hue) and indigo. But Chopra knew he could make an even bigger impact by “lending” his process to more like-minded designers: “We can provide our supply chain to other brands, and that’s what starts to change the industry,” he says. “I think more people would adopt sustainability if it was easy to access. What we really want to do with this model is make it a solution that’s open to anyone.” Malone’s fall 2020 collection was produced in partnership with Oshadi Studio, for instance, earning him the International Woolmark Prize. Maggie Marilyn and Story MFG have collaborated with Oshadi on textiles too, and earlier this year, Christy Dawn forged a partnership with Oshadi to create a line of regenerative cotton dresses, launching in spring 2021.

Partnership is an important word to Chopra. In addition to tackling fashion’s sustainability problem, he’s also passionate about correcting the industry’s narrative around Indian artisans. “When Raf Simons collaborates with an artist in Paris, no one says he’s ‘supporting a starving artist’ or ‘saving a heritage craft,’” Chopra says, only half-kidding. “But when you hear about designers working with artisans in India, it’s always about charity, or doing it to ‘support’ them… The story is never about how they do this absolutely incredible work. But Richard and Christy are supporting us as much as we’re supporting them. We’re working together—we’re collaborators, we’re partners. If everyone had that perspective, it could change things for the better,” he continues. “There is so much wisdom and heritage in India that I always felt was undervalued, and now it’s starting to be recognized.”

The same shift in perspective applies to Chopra’s traditional farming methods. Back when he was launching the brand, he was surprised to hear that Oshadi checked all the criteria for “regenerative farming” as outlined by Fibershed, a non-profit founded by Rebecca Burgess that develops regenerative textile systems. (Fibershed awarded Chopra a grant and later introduced him to Dawn.) “I didn’t even know it was called ‘regenerative ag’ at the time,” he says. “I just thought it was ancient Indian farming.”

That goes back to why we feel so hopeful about regenerative ag: It isn’t a complex, unproven new technology; it isn’t even “new” at all. It’s a solution for the future that’s rooted in the past, with centuries of good to show for it. Why we ever deviated from natural, regenerative practices in favor of industrialized and exploitive ones is another story—but at least we can pivot now. As Burgess said earlier this year, fashion can lead the way in “mainstreaming” regenerative ag so it’s something we come to expect in our clothes, food, and beyond. The hope is that in turn, we’ll also (finally) understand where those things come from—and how many people and resources were involved in the process. “It might take a long time for things to change, because they’ve been going wrong for so long,” Chopra adds. “But at least we can create something people can look up to, and something they can take into the future.”