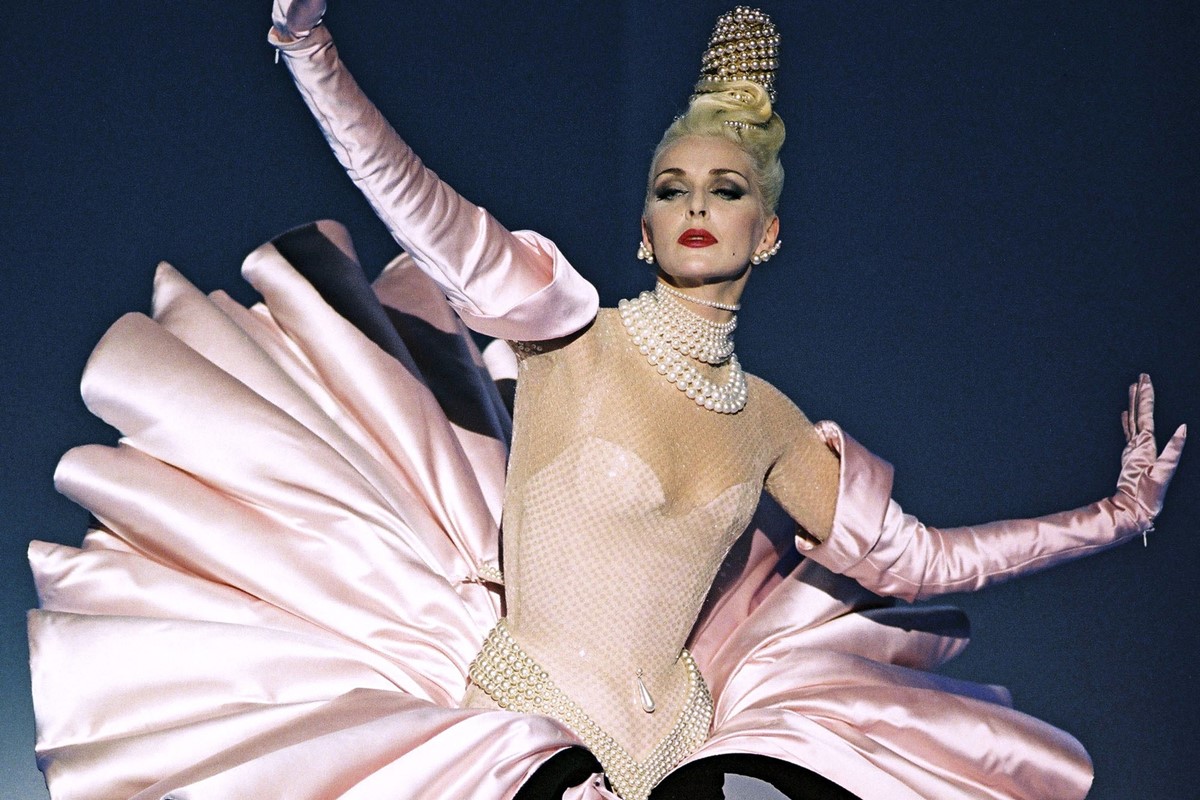 Thierry Mugler, Couturissime will run from September 30 at the Musée des Arts Décoratifs

Much of Thierry Mugler’s resurgence into pop culture has been accredited to Cardi B, who wore three buck-wild, archival creations to the 2019 Grammys, or Kim Kardashian, who enlisted the designer to craft a wet-look shell for the 2019 Met Ball. But Mugler has always been a Hollywood go-to. Beyoncé wore vintage pieces throughout her Sasha Fierce era – including that infamous motorcycle bustier – and Lady Gaga has been a forever patron of the designer’s futuristic confections. And now, Mugler’s most outrageous, and rare, designs are coming to Paris.

Arriving on September 30, the Musée des Arts Décoratifs will play host to Thierry Mugler, Couturissime – a 150-piece exhibition, pulling from the couturier’s 1977-2014 body of work. As well as the garments themselves, Mugler has handed over reams of sketches and research material, allowing visitors a glimpse into how the designer brought his visions to life. Curated by Thierry-Maxime Loirot, Mugler’s 1995 robot suit – which took six months to create – and iconic 1997 chimera gown are situated alongside photographs from Helmut Newton, David LaChapelle, and Guy Bourdin, showcasing the impact of Mugler’s most radical, flamboyant ideas.

“When Mugler started doing Haute Couture in 1992, he was extremely innovative: spectators considered his work as art. He was progressive in transporting Couture into something modern and contemporary, he brought something new whilst still working with tradition,” Loirot told Dazed, having first taken the exhibition in Montreal in 2019. “He used a lot of specialist materials like metal and rubber – something which made his craftsmanship so unique to historic Parisian Couture. The insects, animals, the robots: no other designer ever attempted to create something like that. They were scared to!”